How Early Voting Has Impacted the 2020 Elections 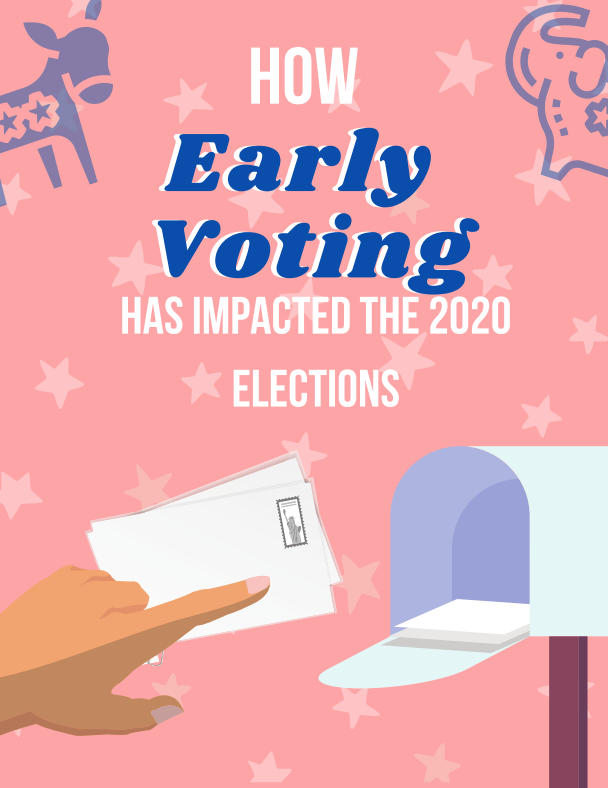 Due to a number of factors, primarily the COVID-19 pandemic, more than 101.2 million American citizens opted to vote early this election season, a record amount in the United States.

In comparison, in the 2016 presidential election between former Secretary of State Hillary R. Clinton (Democrat) and President Donald J. Trump (Republican), nearly 139 million Americans voted, 47.2 million of those votes being early votes. Looking at the 2020 election, approximately 73% of the total number of voters in the 2016 election had already voted in this election via early voting. Additionally, many states have already broken records this election for total votes cast in comparison to 2016.

According to USA Today, some of the states with the highest percentages of early voter turnout in the 2020 election in comparison to the 2016 election include Georgia at 94%, Montana at 99%, Nevada at 97%, North Carolina at 95%, Oregon at 96%, Texas at 108% and Washington at 98%. This election, Texas and Hawaii also exceeded their 2016 election turnout in the early voting process.

In a report done by the Washington Post, at least 44.7 million individuals chose to vote early in several key battleground states such as Texas, Florida, North Carolina, Georgia, Ohio, Michigan, Arizona, Pennsylvania, Wisconsin, Minnesota, Nevada, Iowa and New Hampshire. This showcases the record number of Americans eager to vote in this election.

Early voting throughout the 2020 election has proven to be a much more popular and accessible option than in previous elections. In September 2020, requests made by American voters for an absentee ballot surpassed that of 2016 requests. This rise in requests for absentee ballots can be directly correlated to the ongoing COVID-19 pandemic, which has left many voters uncertain about going to the polls to vote this election. Eligible voters in 10 of the 50 states automatically received an absentee ballot without request.

The large increase in early voting participation coupled with election-day voting puts the United States on track to make election history, with over 150 million ballots cast in the 2020 election.