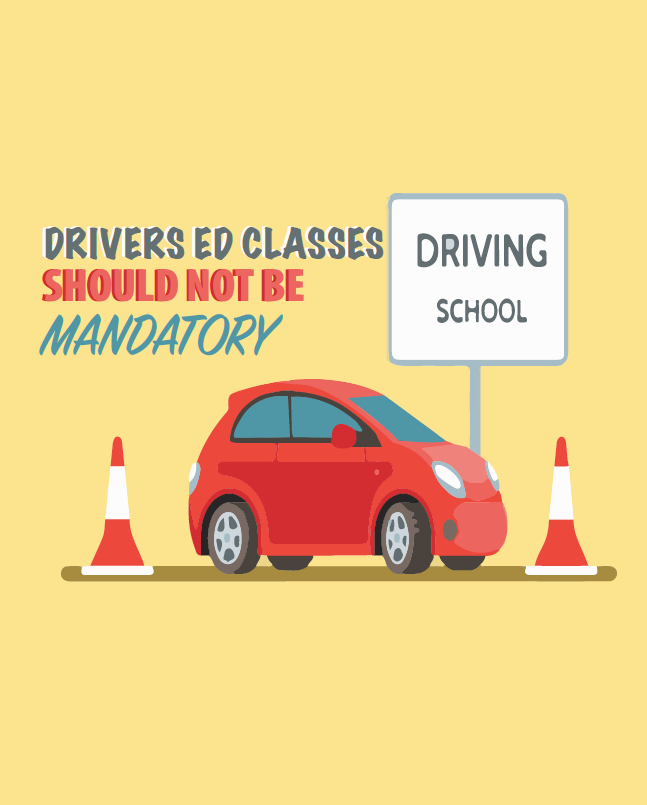 Teenagers getting their licenses poses a new risk on the road each year. With car accidents acting as a leading cause of death in the United States, mandating driver’s education courses has become a growing issue.

The effectiveness of driver education courses has caused debate for years. Over time, each state has passed legislation regarding licensing laws, giving younger drivers different privileges. For instance, 17-year-old drivers cannot drive past 1 a.m. and 16-year-olds cannot drive past 11p.m..

In May, The Insurance Institute for Highway Safety, a nonprofit organization dedicated to reducing the damage that car accidents cause, revealed in a report that since the introduction of these licensing laws in 1996, teenage death rates have gone down.

Currently, driver education courses have no set standard. According to the National Highway Traffic Safety Administration, traditional driver’s education of 30 hours in a classroom and 6 hours in the car is still prevalent in the United States. However, in 16 states, driving students may manage to skip a few steps in their education courses, such as requirements behind the wheel and the age limit for one’s learner’s permit.

Although these courses provide students with face-to-face instruction and aid them in forming healthy driving habits, it is not feasible to make them mandatory. These classes do not last long and they tend to only teach basic skills like vehicle handling. Thus, leaving less time for learning safe driving skills.

Not only this, but in a school setting, students may not feel motivated to retain the course information. One must also consider the students that may not want their license in high school. Essentially, driver’s education has the same effect as short-term courses that warn students about the potential dangers of alcohol or drug usage.

Despite most of these courses teaching little beyond basic driving skills, few exceptions exist that demonstrate their effectiveness. For instance, state officials in Oregon said that their driver’s education programs reduced the number of teenage fatalities and accidents. According to the Oregon Transportation Department, driving fatality rates have remained consistently low since 1999.

Michigan also has a rigorous program broken into two stages. One stage is composed of basic training in a classroom setting, while the other stage occurs in the driver’s seat.

Although some states have well-known and effective programs, that is not the case everywhere. Therefore, these courses should not become a requirement in a student’s class schedule, but a recommended suggestion.