High School Isn’t Like the Movies and That’s OK 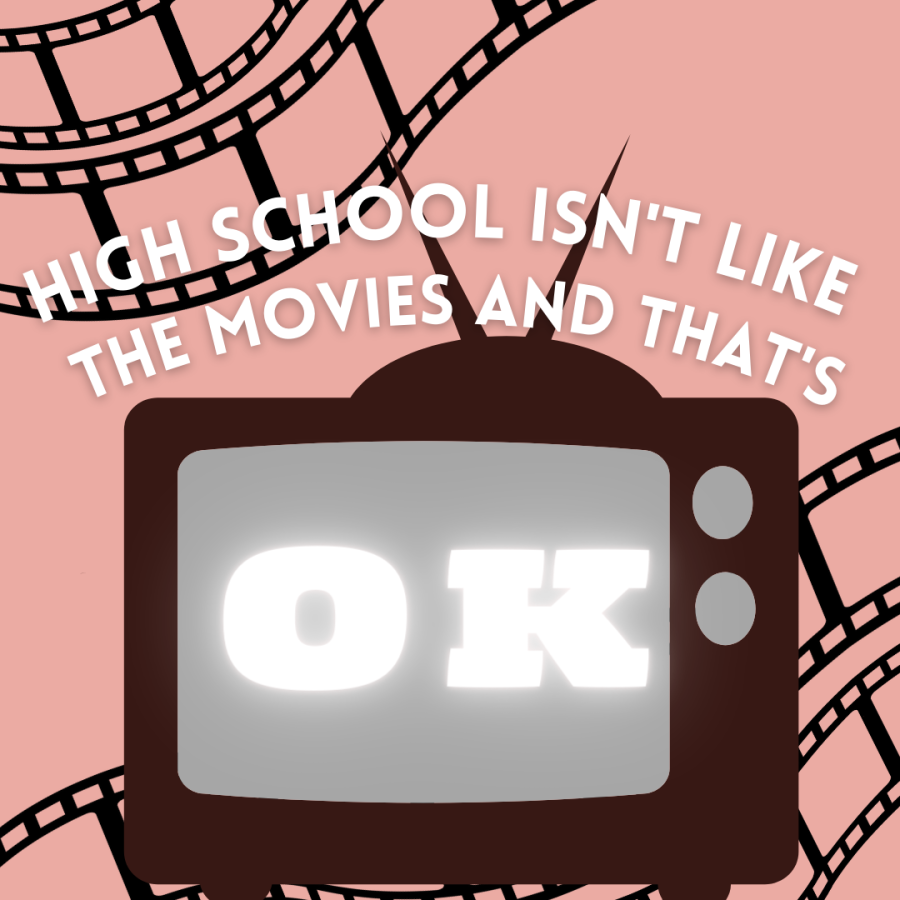 I was never one of the Disney Channel kids, the term I used for those fortunate enough to have parents who turned on “Hannah Montana,” “Zoey 101” and “High School Musical” when they came home from school. By contrast, I was put in front of PBS Kids (by the time I aged out, I am pretty sure I had watched every episode of “Super Why!” – a show where the main characters are called Super Readers, if that gives you any indication of the content – at least twice).

But I was not to be deterred: I found ways around this educational television purgatory and frequently snuck next door, where I could blissfully eat Chips Ahoy and drink whole milk while watching those coveted Disney shows. There, I formed my conception of what high school should look like. It was oddly specific and yet, in my mind, applied to every high school everywhere: it was a place where the lockers were red, the boys wore letterman jackets, the teachers faded into the background and gym class was a recurring ordeal.

This conception was reinforced by the other media I consumed throughout my childhood. For example, I grew up on Taylor Swift’s album “Fearless” and distinctly remember belting out “You Belong With Me” and “Fifteen” when I was only seven or eight. “Fearless” was my first concert, the soundtrack to my childhood and early adolescence, and it crafts a very particular portrait of high school in America. It was the musical equivalent of “High School Musical”: football games, cheerleaders at the top of the pecking order, red Solo cups, prom the highlight of senior year, backpack shoving, cliques, mean girls and cool girls and football player boyfriends.

This perception of high school lasted until I stepped into Miami Palmetto Senior High. For one, I did a lot more homework than I expected. While self-imposed, I still found myself surprised by the sheer amount of time I spent working (although, I understand that if the movies showed that part, it would not make for much of a movie). Also, in movies, class time was glossed over for the drama that occurred during unrealistically long passing periods and after-school hangouts. In real life, however, the amount of time spent in class necessitates that it does occupy some degree of mental energy – the entire time cannot be spent staring out the window, pining for the captain of the football team. The school week did not revolve around Friday night football games, and few people took an in-person gym class. There were no lockers at all, red or otherwise, most people sat outside rather than in a cafeteria and no one wore letterman jackets.

Then, of course, there was COVID – an experience so different from any movie that it was incomparable. (No movie I saw featured Zoom classes).

As I move on to college and look back on a high school experience that has been nothing like the movies, I have mixed feelings. There were the inevitable lows, some of which, like COVID, were out of my control, and some things I wish I did differently. Regardless, going into college I have made a conscious effort to rid myself of any preconceived notions; I doubt my experience will be anything like them anyway.