Sharing the Love: Harry Styles Returns to Ft. Lauderdale with “Love on Tour” 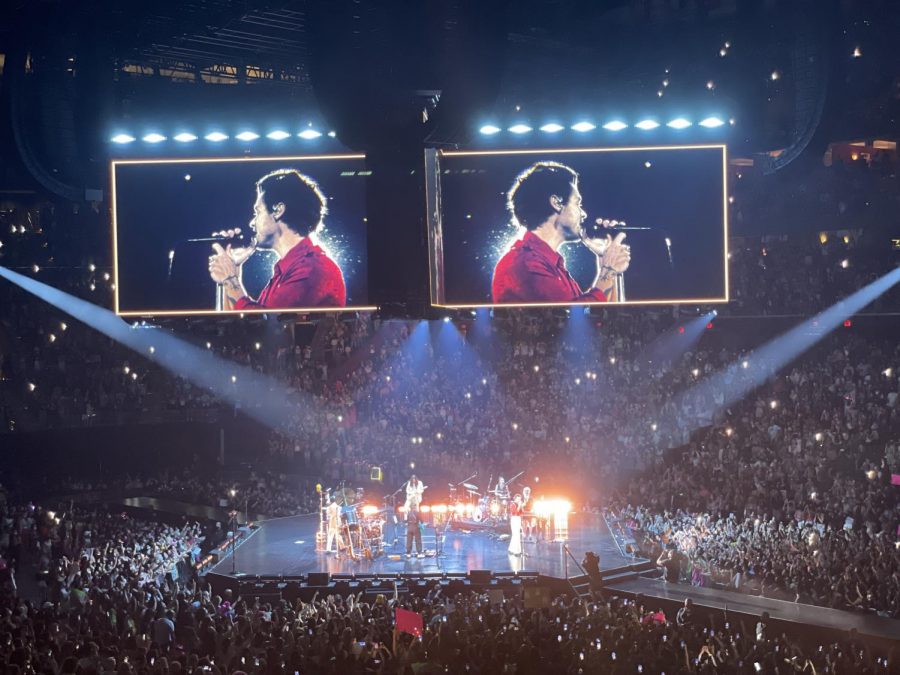 Harry Styles came to Sunrise, FL on Oct. 8 for his “Love on Tour” concert. The tour was highly anticipated amongst fans, as tour dates were put on hold for over a year due to the COVID-19 pandemic. Styles promoted his second album “Fine Line” during this tour, and he also performed songs from his debut album “Harry Styles.”

Many Miami Palmetto Senior High School students attended the concert at the FLA Arena. Their excitement and anticipation were at an all-time high.

The concert was the first for many since the start of COVID-19, including Weinbach. She had bought her ticket before the pandemic. Due to the continued prevalence of COVID-19, it was a requirement for attendees to show proof of vaccination or provide a negative COVID test from 48 hours before; masks had to be worn throughout the concert.

“Despite the wait, I definitely agreed and understood the rescheduled date because of the pandemic,” Weinbach said. “I felt comfortable attending the concert now because of all the COVID protocols.”

During the concert, Styles performed all songs from the album “Fine Line,” along with fan favorites from his debut album “Harry Styles.” He even surprised fans with a performance of “What Makes You Beautiful,” an iconic song from his previous band “One Direction.”

“Seeing and hearing him live was my favorite part. I loved his little dances and fan interactions throughout the show,” Weinbach said. “I was so surprised and emotional when he sang “What Makes You Beautiful” since I’ve been a huge fan since he was in One Direction.”

“I waited a total of 9 hours,” Mitchell said. “It was worth every second as soon as the concert started.”

“The whole crowd was filled with positive energy and cute outfits. They were so friendly during the wait in line. I loved everyone’s outfits as well, especially the colorful boas,” Mitchell said.

Weinbach had similar thoughts about the fans at the concert.

“Everyone was so kind and accepting. I loved seeing how diverse Harry’s fans are,” Weinbach said.