Generation Z Steps Up to Accommodate the Poll Worker Shortage 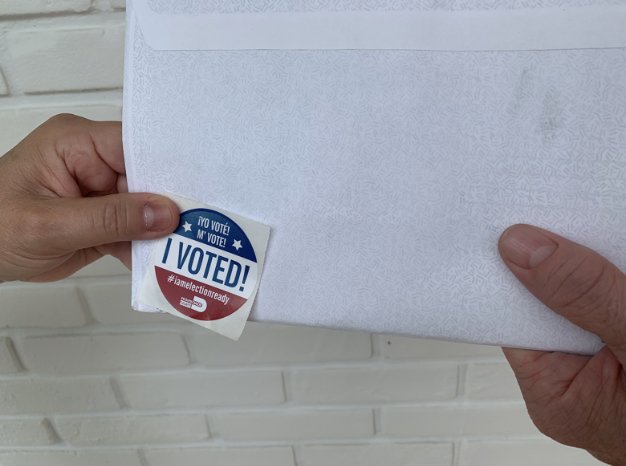 Historically, old retirees have made up the majority of poll workers — a demographic especially vulnerable to COVID-19 — so the recently formed Poll Hero Project has jumped in and placed an emphasis on teens working the polls this election year. The upcoming general and local elections in Miami-Dade will require more poll workers than ever due to the extended early voting period and new cleaning and disinfection protocols.

“If we’ve learned anything from past elections, it’s that Florida matters very much. Obviously we want everyone to be able to vote, which means we want a sufficient number of teen poll workers there,” High School Outreach Committee member for the Poll Hero Project Vaughn Vial said. “When we don’t have enough poll workers, polling stations have to close and… voter suppression happens.”

The Poll Hero Project has had much success reaching out to teens via social media, with their High School Outreach team operating almost entirely on Instagram. They are approaching 25,000 sign ups, composed entirely of people in Generation Z.

“With the pandemic going on, most teens spend their days on social media waiting for something to do, which is how I found out about the Poll Hero Project,” Miami Palmetto Senior High junior and future poll worker Katie Fernandez said.

However, the Poll Hero Project does not hire or train the poll workers that they recruit; rather, they walk teenagers through the process of applying to their local election board.

High schoolers over the age of 16 can become poll workers in Miami-Dade as long as they have pre-registered to vote. One can sign up to register to vote on the Florida Department of State’s website, and from there they can fill out a form to become a poll worker.

“Our recruitment is on a rolling basis and [although] we have not had many teen poll workers… this is a target group for us to grow,” Asst. Deputy Supervisor of Elections Government Affairs & Media Relations for the Miami-Dade County Elections Department Roberto Rodriguez said. “We now have a healthy poll worker database that is currently being supplemented by new poll workers who have recently applied.”

According to the Miami-Dade County Elections payment schedule, new poll workers in Miami-Dade County hold the position of Poll Deputy and Inspector, with both paying $40 for training and $105.06 on election day. The job entails setting up polling stations, processing ballots and answering questions voters might have.

High schoolers can also get involved in the election by canvassing for candidates that they support —especially important with Florida being a swing state. Pinecrest Council Seat number three candidate Shannon Del Prado, has encouraged her two daughters to get involved in canvassing from a young age.

“You now have the opportunity to speak to voters and that’s a different dynamic because when you were in school before COVID-19, you were running around doing things, and weren’t at home as much as we are now,” Del Prado said. “I think it’s made it easier to speak to voters [since] they’re able to reflect more and give us their feedback.”

If one chooses to canvas, make sure to stay six feet apart and wear one’s mask at all times. The same applies to working the polls, and while doing so the Elections Department will provide the following: face shields, masks, disposable gloves and hand sanitizer. Poll workers must arrive at their voting station at 6 a.m., an hour before polling begins, and stay until 7 p.m. on Nov. 3.

“If the younger population can safely fill this void, a dual purpose is served,” Del Prado said. “Our seniors are protected, and encouraging young people to be part of the democratic process early on in life will secure their interest to remain part of the process in the years to come.”