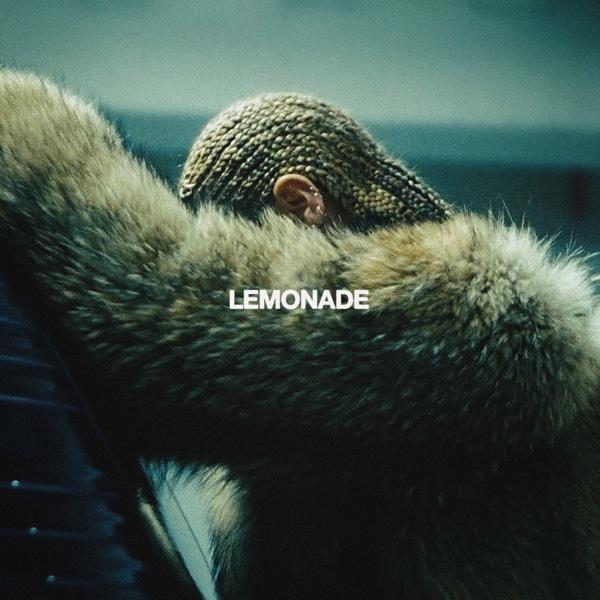 “Take one pint of water, add a half pound of sugar, the juice of eight lemons…” The recipe creates the highly acclaimed sixth studio album by Beyoncé, Lemonade. The “Formation” songstress released the innovative twelve-track LP on April 23 following the widely anticipated HBO special which showcased visuals encompassing the thoughts in the unconventional mind of Knowles. The LP tracks range from catchy dancehall, to sultry ballads and even several elements of rock in the most aggressive, yet comprehensive style, affirming beliefs about the involvement of “99 Problems” rapper and husband, Jay Z. After decoding the opening tracks, he could add another problem to the list. Knowles was accompanied by Kenyan poet, Warsan Shire, whose words are brought to life by Beyoncé’s vocals.

Knowles began her career through countless auditions, along with rejections from record labels, under the management of her father Mathew Knowles. The group, “Girls Tyme” shifted to the well-known “Destiny’s Child,” dominating the late ‘90s to the new millennium. After the group disbanded, Knowles went on to record her debut solo album, Dangerously in Love, producing the early 2000’s jazz-infused “Crazy in Love“. Beyoncé went on to receive superstar status by fans and industry peers alike. With exposure comes attention, and many were left wondering how Beyoncé would top her fifth studio album, BEYONCÉ, after a commercially successful 2013.

After the release of “Formation,” which was widely criticized for its strong stance on race relations, Lemonade was expected to address other issues regarding social justice, but in a shocking twist of events, the album is presented as an open letter to Jay Z, her husband of eight years. Through the eye of the listener, Beyoncé and Jay Z’s dreamboat of a relationship quickly capsized after hearing aggression that lies within her powerhouse vocals.

The LP features several collaborations with acclaimed artists, including Kendrick Lamar, the Weeknd and the White Stripes’ Jack White. In the visual album, the viewer is taken on an emotional journey through the stages of grief and infidelity, beginning with denial and ending ultimately with forgiveness.

Shortly after the album release, Lemonade soared to the top of the iTunes charts, with Knowles changing the force of music distribution by making the LP a TIDAL exclusive. Selling nearly 200,000 copies in its first day, Lemonade can easily be named one of the most successful albums of 2016. Rolling Stone even weighed in on the action and named Beyoncé the first African American woman to receive a five star rating on a studio album.

“Pray You Catch Me” is the first track on the LP, beginning with calming hums and breathy vocals that build into a beautiful harmony. “You can taste the dishonesty/It’s all over your breath as you pass it off so cavalier.” The first few lines already express the emotional tone of the song. Beyoncé’s voice is rich yet fragile, starting off the album on a heavyhearted note. Knowles wastes no time revealing the nature of her relationship with Jay-Z. After the transformative piano ballad, Bey sets the scene for the rest of the album by whispering “What are you doing, my love?”.

Lemonade then jumps into an airy reggae beat with the track “Hold Up.” As depicted in the visual album, “Hold Up” is the transition from denial to anger. The uplifting melody masks the mildly aggressive lyrics.“Something don’t feel right/I smell your secret and I’m not too perfect to ever feel this worthless/How did it come down to this? Going through your call list.” Upon hearing the first few notes, one can already predict “Hold Up” will be the hit of the summer.

“Hold Up” is followed by the strongest song on the LP, Don’t Hurt Yourself. Rock elements courtesy of Jack White, introduce Beyoncé in a muffled and nearly unrecognizable voice. The anger in this track is evident the second she opens her mouth. The chorus then comes in full swing with the repeated line, “You just gotta let it be, let it be, let it be.” The choir hidden in the background adds a layer to the already six tier cake that is “Don’t Hurt Yourself.” The three minute, 54 second song is the perfect blend of Rock and R&B wrapped in hostility and anger.

Next is an unapologetic track, titled “Sorry” (very clever, Bey). “Middle fingers up, put ‘em hands high/Wave ‘em in his face/Tell him ‘boy, bye.” The track is definitely destined  to be a carefree girl power anthem. Another catchy song perfect for the warmer months almost commands you to move to the beat. Toward the final chorus of the song, Bey takes a turn and uses a more serious tone. “Today I regret the night I put that ring on.” Followed by the lines that raised major speculation. “He only want me when I’m not there/He better call Becky with the good hair.” As the search for “Becky” began, Bey’s online fanbase practically became the FBI to find Jay Z’s former mistress.

Written by Beyoncé, The Weeknd, The-Dream and past Bey collaborator Boots, the following song is a pro-stripper R&B track titled “6 Inch.” Knowles starts off with the chorus in a low and sultry tone, then the Weeknd’s familiar voice comes through with the first verse. “She’s too smart to crave material things/She’s pushing herself, day and night/She grinds from Monday to Friday, work from Friday to Sunday.” Compared to the rest of the album, “6 Inch” came out of left field, but Bey addresses a sex-worker’s right to respect and the track’s lyrics and vocals are great overall.

The never-ending surprises on Lemonade lead us to the sixth track on the album. “Daddy Lessons” retells the story of Beyoncé and her father/former manager in a  very bluesy, almost country tone. Knowles traces her roots back to Texas with a strumming guitar and handclaps. Although Knowles is known for her complex relationship with her father, she doesn’t fail to recall the things she learned from him. “Daddy made a soldier out of me/Daddy made me dance/Daddy held my hand.”

“Love Drought” and “Sandcastles” are the next two tracks on the LP. Love Drought so very much like songs on her older albums with a strong sensual R&B vibe. The glittery keys and smooth notes fill the listener with nostalgia. The next song comes in with Bey’s voice rising over a piano riff. The track is reminiscent of Knowles’ 2008 power ballad “ Halo”. The track expresses forgiveness towards the person who hurt her, Jay Z. Her anger on the first half of the album is transformed into empathy and understanding with this tear-jerking track.

The following two tracks both address the Black Lives Matter movement, which fans predicted was going to be the central theme to Bey’s album. “Forward” is an interlude that leads the listener to the next track. The collaboration with James Blake is beautiful take on a gospel hymn. The track is only a minute and 20 seconds, but the stunning vocals and lyrics pick at the listener’s brain. The song is meant for the families of victims of police brutality. It introduces the next song, “Freedom”, which features Kendrick Lamar and is practically 5 minutes of Beyoncé throwing her fist in the air for all the Americans who have been stripped of their rights. The soul track is a mix of  soul, rock, R&B and a powerful rap verse delivered by Lamar. “Freedom, freedom, where are you, cause I need freedom too.”

“All Night” is the penultimate track on Lemonade. Although there is still another song left on the tracklist, “All Night” feels like the rightful conclusion to the album. “I’ve seen your scars and kissed your crime.” Just like “Blu” on Knowles’ previous album, it ends the listener’s experience on a happy, breathe-easy note. Bey’s falsetto is instantly calming and makes you want to find the person you love and give them a big bear hug. Beyoncé then throws her fans one last bone, with the song of the century, “Formation.” Although the track was released in February, it will never stop being a hit. The powerful beat and strong 808’s set off a nation and raised much anticipation for the album.

Favorite songs: Freedom, Sorry, and 6 Inch, and Don’t Hurt Yourself, and Hold Up, and All Night, and Sandcastles, and Love Drought, and Formation, and Pray You Catch Me, and Forward.