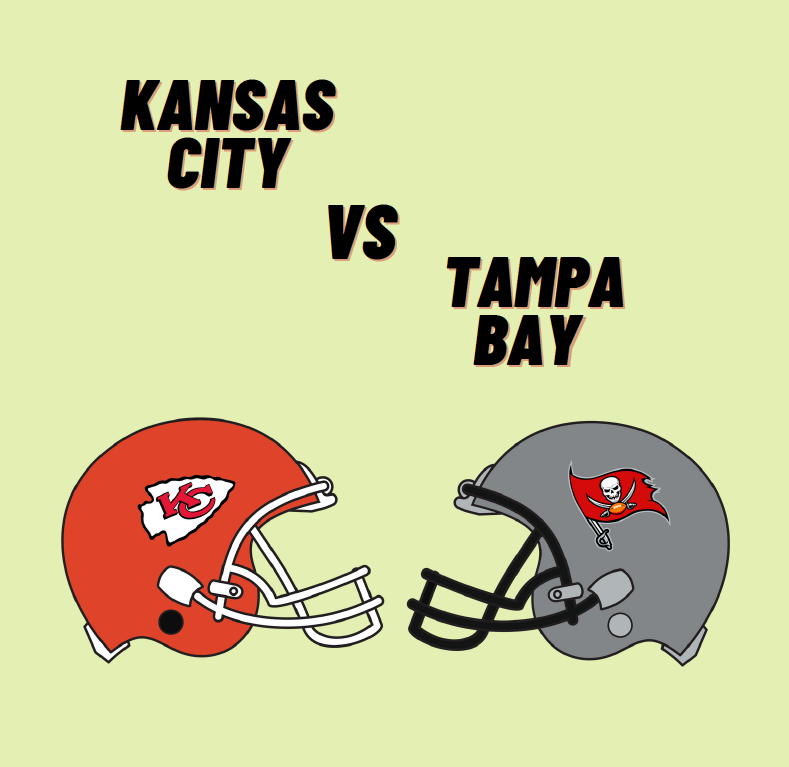 One year ago, the Kansas City Chiefs overcame a 10-point deficit in the fourth quarter of Super Bowl 54 and defeated the San Francisco 49ers by a score of 31-20. After winning the Lombardi Trophy for the first time in five decades, many wondered if the Chiefs would retain their dominance. This year, they have not only remained the top dog in the league, but have seemingly only gotten better.

Fresh off a 10 year, $450 million contract extension, quarterback Patrick Mahomes proved once again that he is one of the best quarterbacks in the National Football League. Throwing for 4730 yards, 38 touchdowns and six interceptions, Mahomes earned a spot on the NFL All-Pro Second Team. After leaving the Chiefs’ Divisional Round matchup early due to a head injury, Mahomes stepped up and threw for 325 yards and three touchdowns in an easy victory over the Buffalo Bills to clinch the Chiefs’s second consecutive Super Bowl appearance.

Mahomes has not been the only bright spot for the Chiefs this season. Wide receiver Tyreek Hill and tight end Travis Kelce have both put forth extraordinary seasons to complete what seems to be an unstoppable Kansas City offense. Kelce caught 105 passes for 1416 yards and 11 touchdowns, while Hill brought in 87 passes for 1276 yards and 15 touchdowns. Kelce came in at second in the NFL for receiving yards (only behind Bills receiver Stefon Diggs). Hill also caught the second-most touchdown passes in the league (only behind Green Bay Packers wide receiver Davante Adams).

Even when looking past their passing attack, the Chiefs remain a very difficult team to beat. Running backs Clyde Edwards-Helaire and Le’Veon Bell give the Chiefs a consistent presence in the run game as well, while defensive tackle Chris Jones and safety Tyrann Mathieu lead a defensive that only gave up 22.6 points per game, the eleventh-best in the NFL. With beloved head coach Andy Reid leading the charge, it would be hard to bet against the Chiefs running it back once again.

Everyone expected the Kansas City Chiefs to end up here. After all, with the exception of a week 17 matchup during which they rested all their starters, they have only lost one real game since winning the Super Bowl last year. That winning streak extends further back; in Nov. 2019 the team had achieved an impressive 25-1. The Chiefs season has gone exactly as experts have predicted and this has made them the clear favorites by most analysts to win it all.

The two teams already met prior in the season. Two months ago, in week 12, the Kansas City Chiefs beat the Tampa Bay Buccaneers 27-24, a game not as close as the score indicates. The loss, which dropped Tampa’s record to 7-5, left some to question whether the team stands as playoff caliber material. But after that loss, the Bucs have not lost a game, and looks like a completely different team. But, is it enough to change things this time around?

Despite what the experts say, I think the underdog has a fighting chance of taking home the Lombardi Trophy this Sunday night, and it starts with the defense. While the Chiefs may have the best offense in the NFL, averaging the most points throughout the season, they have especially struggled against strong run defenses and good defensive lines. This plays perfectly into the Bucs’ hands, who, since that week 12 loss, have had the best run defense in the NFL and more sacks than any other team in the postseason. On top of this, a secondary that looked lost in the beginning of the season has had multiple takeaways in every one of the team’s three postseason games. If the number one ranked defense in the league keeps playing exactly on their current track, this should be a hard team to beat, even for the defending champions.

On paper, the game reads as an already great matchup. Yet, there is someone who you just cannot account for on paper. The undisputed G.O.A.T. Tom Brady just took a team that has not made the playoffs in years to the Super Bowl in a year with heavily restricted practice due to COVID-19. If anyone is going to shock the world, that person is Brady. Throughout the season, the offense just seemed to get better and better. New acquisitions such as Antonio Brown and Leonard Fornette found their footing in the offense and both make for two key players the Chiefs did not have to face last time, which should definitely worry the best defenses in the league.

Even with all these changes and momentum going for the Buccaneers, they need to play their perfect game on the most important night of the season.