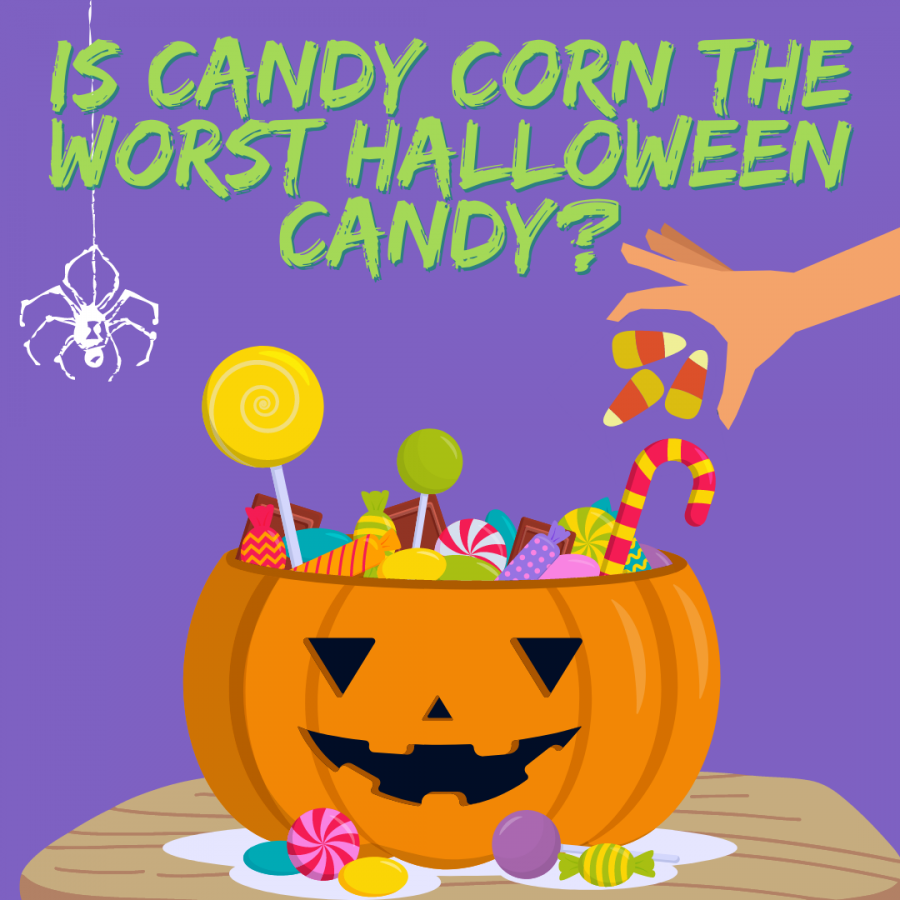 It is an indisputable fact that candy corn is the worst Halloween candy; there is a reason kids reach for the Kit Kats, M&Ms and jelly beans instead.

Even without considering the candy itself, the name sounds strange and unappetizing. Who finds a miniature, candied version of corn appealing? Besides, it does not even look like corn — it is small and triangle-shaped, with yellow, orange and white stripes. Not only is the name off-putting, it is also nonsensical. (To be fair, it is better than candy corn’s original name, chicken feed).

Then there are the ingredients. Candy corn is made of artificial flavoring, excessive sugar and best of all, wax. Even with all the sugar, candy corn still manages to be tasteless. It is as though the wax overwhelms the other (two) ingredients, leaving candy corn bland and unsatisfying. It’s no surprise children and adults alike prefer the smooth creaminess of a Reese’s Peanut Butter Cup, the rich chocolate of a Snickers or the crunch of a Twix bar.

In 2019, candystore.com surveyed 40,000 people about their candy preferences (it also factored in information from websites like HuffPost). The least favorite? Candy corn, of course. (candystore.com did another survey this year. Candy corn still topped the list for worst candy). It even beat out Circus Peanuts.

While they didn’t conduct official surveys, “Thrillist,” “Woman’s Day” and “Mashed” also have candy corn featured on their list of least favorite candy.

Others agree with candy corn’s position at the bottom of the Halloween candy hierarchy. For example, celebrity and comedian Lewis Black did an entire stand-up routine about the negatives of candy corn.

However, if you love candy corn, do not despair. Despite candy corn’s shortcomings, it still has ardent defenders (although they are few and far between).

Although candy corn falls to the bottom of most people’s preferred list of Halloween goodies, I believe the blatant hatred towards the candy needs to end.

The hatred comes even though the candy has a huge base of people who consistently buy it. According to the South Florida Reporter, about 35 million pounds of candy corn are produced each year. That’s about 9 billion individual candy corns.

Candy corn is so prevalent through Halloween culture as there are over a dozen flavors being produced yearly. It is almost as if there is a flavor of the iconic candy for everyone.

The memorable shape and design of candy corn is one of the most important aspects of the treat. The presentation of the three orange, yellow and white stripes have become a staple of the Halloween holiday.

The history of candy corn is also very interesting. With its roots in the 1880s, candy corn was originally marketed to be sold all year long, not just for Halloween. One could eat the candy six to eight months after purchase if left unopened. In fact the original name for candy corn – Chicken Feed – was given in order to market towards mainly farmers, who made up over half of the American labor force.

As one of the ardent defenders of candy corn, the treat is here to stay despite those who despise one of the most memorable aspects of Halloween.