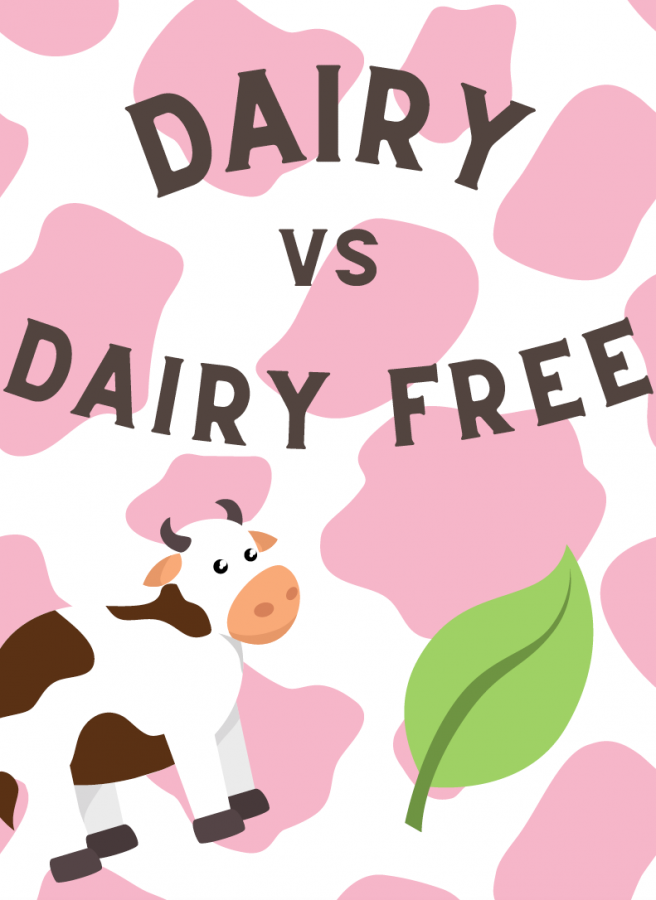 Money is power. Spending habits equate to global changes; think of the non-GMO movement. Behind the large industry, now accounting for $200 billion dollars in sales according to Non-GMO U.S. and Global Market Perspective, 2nd Edition, lies a flood of financial and political motives fueled by key businesses which systematically mischaracterize genetically modified foods. An investigation conducted by William Saletan for Slate Magazine in 2015 echoes this, where he analyzes the depth of lies and misinformation stemming from the non-GMO movement. This more popular example resonates deeply with the dairy industry, another business with a history of deceitful campaigns and rooted in the political machine.

During the ‘Got Milk?’ campaign, thousands of children grew up highlighting the need for child consumption of milk as a vital source of vitamin C. In 1993, the advertising agency Goodby, Silverstein & Partners for the California Milk Processor Board, launched the campaign and considered a success in 1995 National Milk Processor Education Program licensed it. Featuring figures like Britney Spears, Dennis Rodman and Kermit the Frog, many households became ingrained with the idea that milk consumption was necessary for nutritional diets. While milk sales have steadily declined, they remain stable in 94% of American households according to MilkPEP. This reaction remains unsurprising, however, as marketing strategies advanced by the dairy industry propel disinformation about the nutritional value of other non-dairy options since childhood.

According to Vasanti Malik, assistant professor of nutrition at the Harvard T.H. Chan School of Public Health, despite advertisements recommending dairy consumption to build bones and prevent fractures, a lack of strong evidence exists stating that drinking a lot of milk or eating dairy products has a real benefit in bone health. Moreover, research has actually associated dairy consumption with a higher risk of advanced prostate cancer and a higher vulnerability of ovarian cancer, dispelling the popular myths of malnutrition and dairy-free products. Furthering this lack of transparency and ethicality, the political lobbying that has empowered this industry acts in favor of dairy profit.

In October of last year, the European Union proposed Resolution 171 which would restrict dairy-free companies in their labeling practices to protect the meat and milk lobbies fearful of their rising dairy-free counterparts.  In other words, simply due to their success, dairy-free industries would need to comply with new labeling restrictions terms like “milk” or “cheese” such as “oat milk.” The restriction on this industry that serves as fuel for a sector of the economy should not be limited because it disadvantages the campaign donors of politicians, especially when the counterpart acts as a much more unethical and environmentally damaging industry.

The dairy industry has continuously wreaked havoc on the environment and local farmers while simultaneously harming millions of animals. According to the United States Department of Agriculture, in 1950 approximately 3.5 million dairy farms stood in the US. While, as of 2018 that number fell to 40,000, the US is producing more milk than ever before, collectively making 87.5 tonnes of milk every year. As a country, the US fuels the industry providing $92,448,154 dollars in subsidies to dairy farms in 2020 according to EWG.

Redirecting this funding beyond just consumer purchases to US subsidies would bring economic stability to small-scale farmers, help end farm animal cruelty and drastically decrease the agricultural industry’s carbon footprint. Beyond the horrible conditions that cows live in within large-scale factory farms, dairy-free alternatives provide an inarguably more sustainable option. According to a study conducted by the University of Oxford, the production of a glass of milk uses three times the greenhouse gas emissions of dairy-free alternatives and requires ten times the land of oat milk. Almond milk also requires significantly less water, and oat milk uses the least of them all.

Overall, when confronted with the research to open one’s eyes to the lies the dairy industry has blinded consumers with, a clear choice exists between dairy-free and dairy products. With increasing options and availability in a growing industry projected to reach $40.6 billion by 2026, according to Markets and Markets, the answer remains evident when contextualized by the dairy industry’s environmental toll and lack of transparency—  non-dairy wins.

Dairy products have many health benefits for countless people and do not drown people’s paychecks. What more could anyone want? I know that I personally love using dairy because it benefits me with the lifestyle I have and benefits many other types of lifestyles people may have.

Dairy allows me to feel full while still having enough energy through the day. Whenever I am playing sports or working out, it just helps me from not having a tired and lazy day. It is simple and accessible for one to put into a diet since many places supply it. Anytime I visit the grocery store, I see a whole aisle filled with different variations of dairy like milk, cheese, yogurt and more.

Yes, sometimes some dairy products can have high calories, but having a normal proportion of dairy can increase one’s nutrition and health and still not have too many calories.

Dairy-free products have less accessibility in comparison to dairy products. Not all supermarkets have non-dairy products, so when on the search for a specific non dairy item one may need to go to more than just one supermarket, unlike with dairy products which can be found in just about any supermarket.  While non-dairy products have become more accessible they are still not as accessible as products made with dairy. Many restaurants and schools do not have many dairy free options. And it is up to a student who lives a dairy-free lifestyle to bring their own lunch everyday instead of just not having that as a task.

Dairy-free alternatives often have negative environmental impacts, some may argue even worse than the actual dairy products.To make non dairy products like almond milk, it requires 130 pints of water to make just one glass. And many people do not have access to water while dairy-free products are using much of it.

Factories then use this water for other important matters that do not involve the production of dairy-free products. Dairy-free products are also often not as affordable, and cost a significant amount more than dairy products. Supermarkets that sell dairy free products tend to raise the prices of these items since they value more than regular dairy products. A normal gallon jug of dairy milk can cost around two dollars, while buying a half gallon non dairy milk can cost around four or five dollars.