“drivers license”: The Song That Broke The Internet 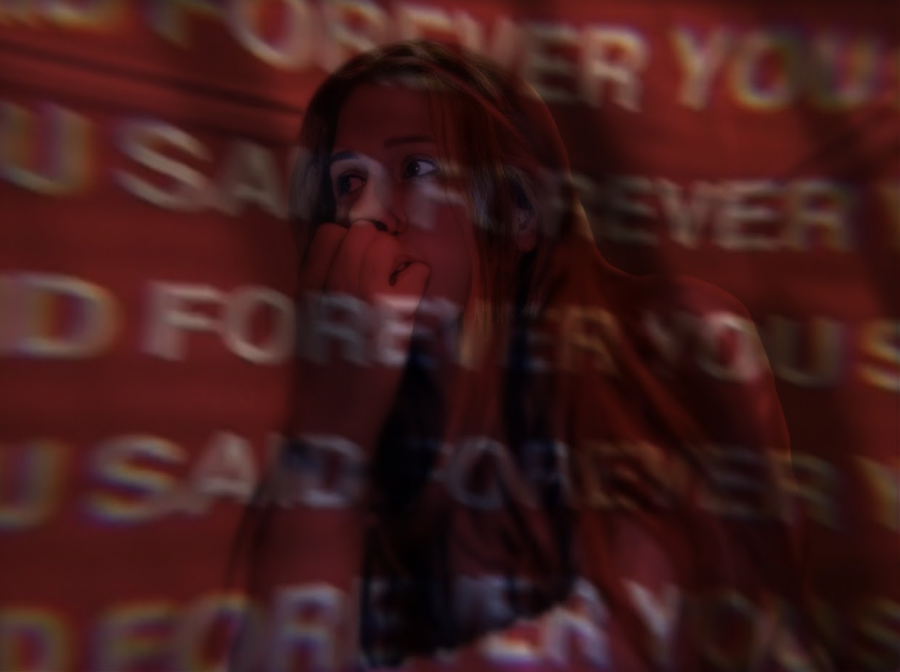 The inspiration behind this picture came from the music video “drivers license.” Gabriela Brayer portrays Olivia Rodrigo by posing in a similar way as Rodrigo during her shoot.

After its release on Jan. 8, 2021, “drivers license” by Olivia Rodrigo has taken the world by storm. In just a matter of days, Rodrigo’s debut single broke Spotify’s record for most streams in one day at 15.7 million global streams and reached the number one spot on streaming services, including Apple Music.

With the TikTok “For You” page flooded with video after video made with this audio, many have heard the track, or at least a snippet of it. The song, which Rodrigo previewed on her Instagram in July 2020, has packed the feeds and minds of teenagers and young adults worldwide.

Despite the misleading name, “drivers license” actually reveals the range of emotions that a seventeen-year-old girl experiences during her first heartbreak. Throughout the song, Rodrigo mentions small memories from a relationship, such as the excitement she and her partner shared about Rodrigo getting her own license. This excitement quickly ends as she reminisces about their previous connection as she drives by his house, in tears, thinking about how she could “never love someone else.” Rodrigo fully encompasses the rise in emotions throughout the song as she sings with increasing passion leading up to the bridge.

Teenagers all over the world, regardless of their relationship status, dating history or love life, have been belting the lyrics of the emotionally-charged single over and over, somehow relating to one or more aspects of the song. People feel a connection to the song, which is only partially responsible for its success, but its impact that it has had on so many listeners truly captivates its large audience.

As the song progresses, Rodrigo includes different, although subtle, hints, somewhat revealing the truth behind her feelings, just another element that people hear and become intrigued by. A widely-accepted suspect of who broke Rodrigo’s heart is Joshua Bassett, her co-star and love interest on Disney +’s “High School Musical: The Musical: The Series.” During the filming of the first season, rumors spread of the alleged relationship about the new “Troy and Gabriella” outside of the show. The fan-base believes that a post Rodrigo made on the day she officially got her license exists as a confirmation of their relationship, although the post marked the end of it.

Early in the song, Rodrigo sings, “And you’re probably with that blonde girl…”, the line that caught everyone off-guard upon the song’s release. She had changed the descriptor “brunette” to “blonde,” causing many to adamantly believe that Bassett is the man that Rodrigo sings about. Fans and believers of the break-up have evidence to believe that this “blonde girl” is Disney channel alum Sabrina Carpenter. During the middle to end of 2020, fans spotted Bassett and Carpenter together, leading to gossip that the two had become romantically involved. Due to the inclusion of this history, people have created their own interpretations of the song, either from the point of view of the boy or the “blonde girl,” and uploaded it to various social media platforms, thus boosting this single even more.

In addition to releasing the song via music platforms, Rodrigo uploaded the song’s music video to YouTube. The details put into the video’s composition also reveal some of the feelings and history behind the lyrics; viewers noticed a video of Rodrigo taken by Bassett, clearly indicating that the song is related to the love triangle.

The drama surrounding the song and its meaning, along with the lyrical genius of Rodrigo, fully encapsulates why the song has broken the internet. People will continue belting this heartbreaking song at the top of their lungs, just like they did with Taylor’ Swift’s “Love Story” 12 years ago, making it a melodic composition that shall go down as a staple in pop-culture history.