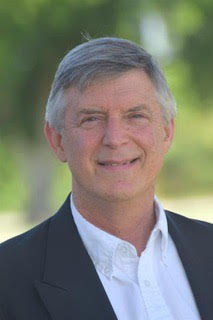 Oftentimes, people leave school with a desire to bring the knowledge they learned into their chosen fields. For Dr. Lawrence S. Feldman, that desire drove him right back to the classroom. Feldman, an esteemed educator, administrator, advisory board member and school board member of Miami Dade County Public Schools chose to dedicate his life to education, working to improve the  school system over his 47-year-long career.

Initially, Feldman went to the University of Florida with the plan of becoming a dentist, as a close friend of his attended the University of Georgia to pursue the same profession. Upon entering school, he had a change of heart and decided to switch his major to Elementary Education. At the time, UF just launched a new elementary education program, headed by some of the giants in the education field who had a holistic approach to education.

“Their concept was, we don’t want to teach you what’s in the book. We want to help you develop your skills as a person,” Feldman said. “Anybody can learn the science of teaching, but they can’t really develop the art of teaching if they don’t know about kids and what binds people together.”

This newfound education model and program, introduced and headed by Arthur Wright Combs, a modern-day father of humanism and holistic education, played a large role in Feldman’s philosophy on education.

“It was all about how do you elevate the human spirit? How do you build their capacity? How do you engage them so that they want to go further so they can apply what they learn rather than bubbling in a letter?” said Feldman.

With this newly enlightened view of humanity, Feldman took a job as a care team leader at a Suicide and Crisis Intervention Center. While there, Feldman showed compassion and kindness to those in crisis and saved many lives. Drawing from his experiences working with the center, Feldman decided to continue his education at UF and work towards a masters in special education.

However, once starting the program, Feldman grew unhappy with the behaviorist model taught there. With this in mind, he decided to become a risk-taker and fully embraced the belief that education is about more than just the behavior of a child and a one-size fits all model that simply does not work.

When it came time to take his finals, Feldman did the unthinkable. When prompted with an exam that he felt did not give him the opportunity to properly show all that he had learned and how he would handle various situations, he rebelled. Taking a wooden screw that had fallen on the floor and some scotch tape, he taped the screw onto his exam, wrote his name down and submitted it. After the exam, he got into his car and made the drive home, prepared to tell his parents that he had just been kicked out of the master’s program.

“My mom and dad were amazing. They said, ‘well what did you learn out of this?’ What I learned was you have two choices when you look in the mirror, ” Feldman said. “Either you’re going to be true to yourself and do what you believe is in the way you were brought up with integrity and honor… or you’re going to cheat yourself and redefine who you are but not in a positive way.”

A week after the testing incident, Feldman returned to UF to find a note left by his professor asking him to stop by his office. Feldman explained his dismay with the exam and how he wanted to demonstrate what he had learned in a more realistic and wholesome way. To Feldman’s surprise, his professor agreed and set up a meeting at the ‘Rathskeller,’ a social gathering place at the university.

“After talking and going back and forth in scenarios and defining how you are going to change [the students’] academics, you have to change your behavior first. At the end of that [the professor] said ‘You just earned your master’s degree,’” Feldman said.

Right before graduating in 1973, Feldman received a phone call from Vineland Elementary and was subsequently offered a position as a special education teacher at the school. At the time, the special education classroom consisted of students of varying disabilities. Drawing from his humanistic philosophy, Feldman focused on not only academics, but on providing his students with real-world experiences. He instructed his students on how to be stewards of society, training them to be waiters and weathermen and then sending them out into the school to complete their tasks. Other children in the school began to interact with the students from the special education classroom, prompting staff to create clubs and pair the children together.

“Peer learning is the best way to learn,” Felman said. “Mentoring is an amazing facilitative program. Everybody has leadership qualities… It’s [a matter of] have they been developed and allowed to escape?”

In 1976, Feldman began his Certification in Administration and Supervision, worked as a Customs Inspector for the U.S Treasury Department and received a teaching position at Stirrup Elementary, which  the former Vineland Elementary Principal offered him.

At Stirrup Elementary, Feldman taught kindergarten, fourth, fifth and sixth grade and gained knowledge about the financials and budgetary aspects of a school. On advice from the administration, Feldman applied for a position as assistant principal at another MDCPS school.

From 1979 to 1984, Feldman worked as the assistant principal at Rainbow Park Elementary, an underserved school with many students who lived in precarious situations. Working alongside faculty and staff, Feldman succeeded in making the education and lives of Rainbow Park Elementary students as positive as possible while building a strong community around the most vulnerable of students.

“If you’re allowed to show your humanity, your compassion and your empathy for others… sometimes that’s all it takes to change somebody,” Feldman said. “To say I really care about you, I’m glad you’re here.”

Shortly after, Feldman accepted a position as principal of Palmetto Elementary School in 1986. With his community and staff, he crafted a Spanish program through the Berlitz language program, which was a controversial move that remained an integral part of the curriculum for the next 16 years. Feldman focused on listening to the families and teachers at his school and tried to deliver everything that they asked for. This shared-decision making and more humanistic administration style caught the eye of the New York Times, which drew attention to the shift in public education at the hands of leaders like Feldman.

“It’s just a great job. It’s not about the subject, it’s about the kid. We don’t teach subjects. We teach children,” Feldman said.

After his work at Palmetto Elementary, Feldman served as a Region Director from 1989 to 2003 while also receiving his Doctorate of Philosophy: Educational Leadership and Systemic Reform from the Union Institute in Cincinnati.

After serving as a Region Director, Feldman became the principal of Devon Aire K-8 center in 2003. Listening to the wants of the families at the school, Feldman, alongside the community, had the then superintendent of schools change Devon Aire from a K-5 to a K-8 school. When his students were seventh graders, Feldman, due to retire from his position as principal, asked for a one-year extension to stay with his students and to see them graduate. He wrote the former superintendent of schools multiple letters, even proposing a salary of one dollar for that year, but the district denied his request.

Taking his years of experience in education and administration, the “one dollar principal” decided to run for the position of District Nine school board member.

“One of the people who was on my staff, Jackie, at the school at the time said, ‘I’ll quit my job. Why don’t we run for the school board and change things?…’ We had no idea what that meant,” Feldman said.

Fast forward twelve years and Feldman, the District Nine school board member, plans on retiring from his post this upcoming November. His extensive career in education and unique philosophy has attracted attention from many, and he has received numerous accolades for his work, including but not limited to, the 2011 Mexican American Council Champion of Farmworkers award, 2017 Public Official of the Year Award from the Minority Chamber of Commerce, 2017 Induction to the Miami Beach Senior High Alumni Hall of Fame and 2019 Council of Greater City Schools Green Garner National School Board Member of the Year..

District Nine, one of the largest and most diverse districts, has the highest number of children in need, special education students, English as a second language students, migrant children and charter schools. Working alongside Superintendent Alberto Carvalho and the region, Feldman was able to bring equity to the district in the form of magnet schools and special programs. From the FBI academy to MAST academies, school choice became a key role in the district under the direction of Feldman.

Miami Palmetto Senior High School, a district nine school, has been represented since 2008 by Feldman, who has championed many of Palmetto’s activities, programs, faculty, student body and advocated for the $53 million dollar reconstruction of the school.

“I think [Palmetto] is a great representation of what can happen when teachers, administrators, counselors, food service, custodians, students and parents are all given a piece of the ownership. They feel it’s theirs and take care of it. They love it,” Feldman said.

Looking to inspire the next generation of leaders, Feldman wants to encourage students to find their voice, use it for good and advocate for issues that matter most.

“If you want to change the world, you have to be willing to show up, stand up, speak up and know when not to,” Feldman said. “You’re important for the survival of our species. You can’t allow yourself to be stopped.”

Feldman thanks his family for the many sacrifices they made along this journey.