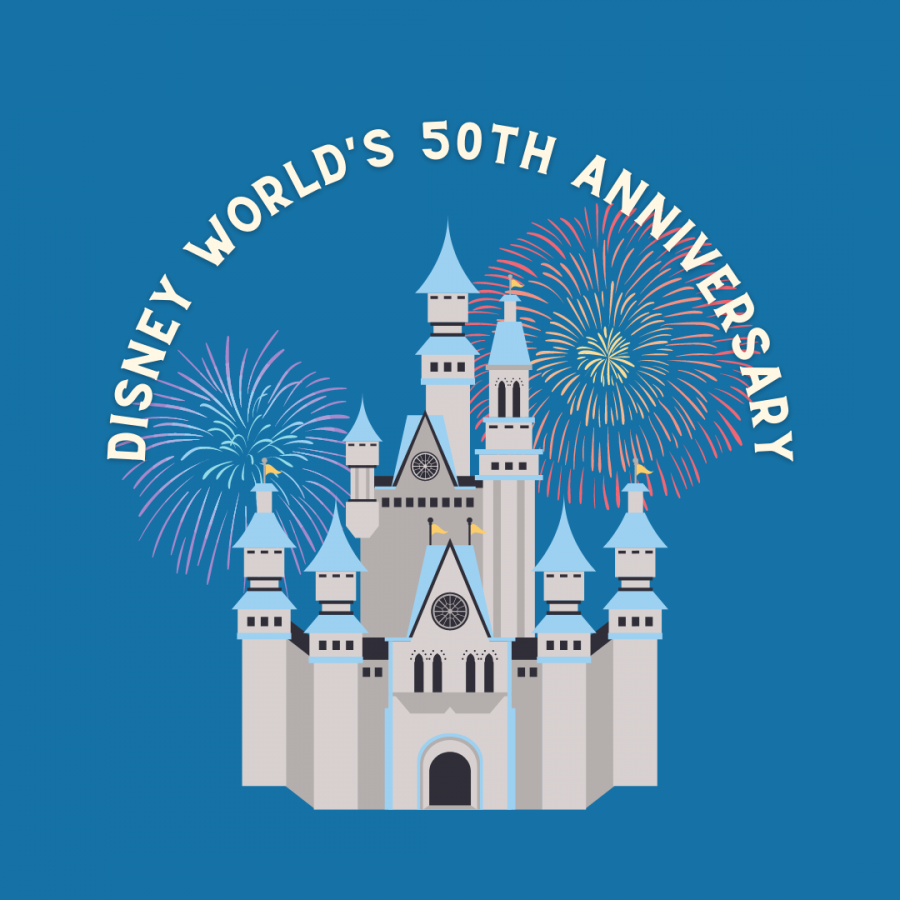 In honor of its 50th anniversary, the park has begun hosting an 18-month long celebration. Running from Oct. 1 to Apr. 23, 2023, the events include all kinds of new shows, rides and festivities within each of the four parks the Walt Disney Resort has to offer.

The theme for this anniversary, “EARidescent,” serves as a play on words on the iridescent embellishments that adorn the Cinderella Castle and character costumes in hues of pink, blue and purple.

Playing on the “EARidescent” theme this year, all four staples of the parks will be lit up in beautiful pink and blue lighting during the nighttime as a part of their “Beacons of Magic” celebration.

To add to the fun, the Disney company has announced the future opening of many new attractions. These include: “TRON: Lightcycle” in Magic Kingdom’s Tomorrowland, a high-speed roller coaster that first featured in Shanghai’s Disneyland, “DuckTales World Showcase Adventure” in Epcot, “Guardians Of The Galaxy: Cosmic Rewind” in Epcot’s World Discovery, a steel roller coaster inspired by Marvel’s “Guardians Of The Galaxy” and “Remy’s Ratatouille Adventure” in Epcot’s France pavilion as well as various other new and exciting attractions.

As part of the celebration, new firework shows also join the lineup of events. One of these nighttime spectaculars,“Disney Enchantment” at Magic Kingdom, replaces the show before, “Happily Ever After.” The show includes the typical Disney fireworks and music, as well as light projections all the way across Mainstreet.

In Animal Kingdom, Disney has plans for a new daytime show by the name of “KiteTails’ at the Discovery River Amphitheatre. In this show, performers fly kites and wind catchers, some of these performers being classic Disney characters such as Simba and Pumba from “The Lion King.” These kites, flown to timeless Disney songs above water, tell the stories of some of Disney’s most classic movies.

When it comes to food, Disney World does not disappoint. As of Sept. 20, the space-themed restaurant, “Space 220” operates in Epcot’s Mission To Mars pavilion. Upon entering the restaurant, patrons are “launched” in a rocket that transports them “to the stars.” At the dining area, the windows of the spaceship feature an overview of the Earth’s horizon, with the occasional astronaut or rocket passing by. Note that if you are planning to make reservations, the restaurant is fully booked from now through November, so visitors should plan ahead.