Day 7: The Fourth Wall Presents A Battle Of The Romeo & Juliets 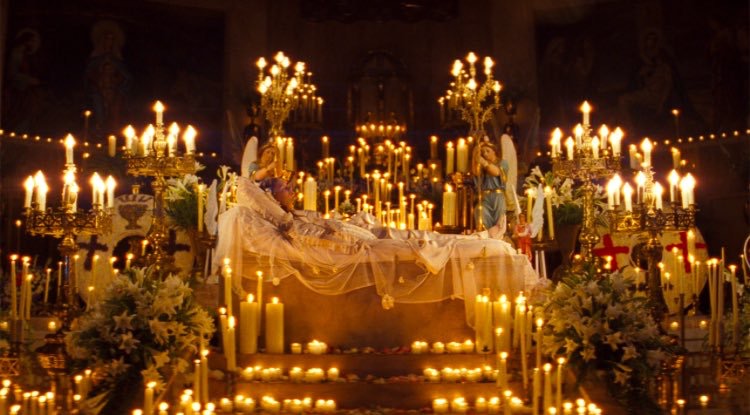 “Never was a story of more woe than this of Juliet and her Romeo.” Not exactly one of the most adored love stories in history, yet filmmakers continue to find a way to retell the tale of Romeo Montague and Juliet Capulet: forced to suppress a swiftly-developed and dangerously-passionate love affair due to their rivaling families. Though Shakespeare would not be incredibly fond of Hollywood’s neverending absorption of his iconic 1597 tragedy, the tale of frustration, family feuds and young love becomes deconstructed and rearranged by writers and directors almost twice every three years. Baz Luhrmann, Franco Zeffirelli and Carlo Carlei have all flung their hats into the ring, developing some of the most incredible original screenplays while still incorporating traditional Shakespearean elements. With contestants at the ready and swords aimed high, this is: the Battle of the Romeo and Juliets.

Kicking off the race is Carlei’s 2013 puppy love approach to the highly controversial play. Starring Oscar-nominated actress Hailee Steinfeld and Loving Vincent star Douglas Booth, Romeo & Juliet (2013) did not really need any aid in the eye candy department. Additionally, its modernized script and costume design gave the film a strong lead in comparison to other adaptations. Released in the wake of pop culture’s fixation on romance – alongside teen dramas such as Warm Bodies and Beautiful Creatures – Carlei had great momentum dropping this on hopeless romantics’ plates. Though the performances could be better and a handful of the the accents suggest there was no dialect coach in sight, the beautiful cinematography gently forgives any lacking on the actors’ parts. Steinfeld and Booth also make up for this with their visceral onscreen chemistry – something that must’ve flown right over our next contender’s head.

Don’t get me wrong, Olivia Hussey’s Juliet outperformed any and every Juliet Capulet to come, but there remains something about the compatibility between Hussey and counterpart Romeo, played by Leonard Whiting, that simply leaves a bad taste in my mouth. Stepping up to the plate is Franco Zeffirelli‘s 1968 recreation of Verona, often regarded as the “first” and “most significant” Romeo and Juliet adaptation. Zeffirelli’s animation of Shakespeare’s depictions withstands the test of time, preserving the effects of the impressive scenery and costume design even half a century later. I would also like to note the brilliance behind Zeffirelli’s Friar Laurence, played Milo O’Shea; he beautifully emulated the role of a manipulative low-life just as William, himself, would have wanted. Something Shakespeare would have never imagined, however, is how our final adaptation enriches this tale to an incomprehensible level with the natural spunk of the 90s and a gentle displacement of the scenery. After much deliberation, I present the Montague and Capulet to end all Montagues and Capulets: Baz Luhrmann and his 1996 reinvented tragedy, Romeo + Juliet.

In Luhrmann’s world, Leonardo DiCaprio and Claire Danes take on the titular roles, portraying a deeply tortured Romeo and utterly inconsolable Juliet within the parameters of a Venice Beach-inspired Verona. After directing The Get Down, a 70’s drama produced through Netflix, one can tell Luhrmann is no stranger to theatrics, which explains why Romeo + Juliet traded daggers for nine millimeters, horses for Pontiacs, and 16th century Western European clothing for leather attire and button up shirts á la Tommy Bahama. But do not fret, Luhrmann’s retelling does not completely abandon Shakespeare’s image of the story; though the 1996 Friar is essentially the town drug dealer and the Capulet-Montague castles are traded for luxury hotels by the pier, the entire script follows Shakespeare’s vernacular almost verbatim. Picture Romeo amidst a soliloquy – “But, soft! what light through yonder window breaks? It is the east, and Juliet is the sun.” – while Radiohead blasts through a convertible’s speakers equipped with a dazzling “Montague” license plate. This element of juxtaposition is what makes the movie the masterpiece it is and, truthfully, DiCaprio’s god-gifted face also adds some extra points in my book.

Not to make this sound like a love letter of sorts, but after my first viewing of Luhrmann’s adaptation, I immediately developed an obsession. Zeffirelli and Carlei made for some stiff competition, but as expected Romeo + Juliet remains unmatched. I cannot say Shakespeare would have loved it as much as I do, but I bet he would understand why it is held in such high regard. The level of artistic merit Luhrmann squeezes into his production transcends the tale of “boy meets girl” and merges two almost opposite ambiances into one and that, my friends, is what we call cinematic excellence.