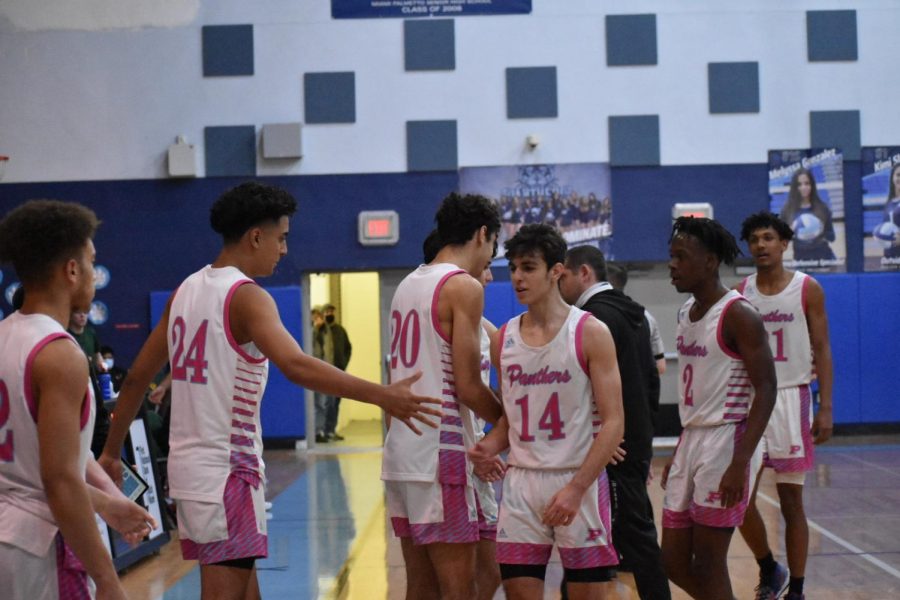 Though the homecoming game is traditionally played by football teams, the COVID-19 pandemic cancelled Palmetto’s homecoming week, including the big game, back in October.

In an effort to revive school spirit, Palmetto held a homecoming week from Jan. 27 to Feb. 2 to garner support for the girls’ and boys’ basketball teams, who would both play their own homecoming games.

The girls’ game was cancelled, but the boys’ varsity team played their game at the end of homecoming week.

Fans could not attend the event, but the team still put on a show, as the Palmetto and Killian rivalry remains strong.

With all the distractions that come with spirit week, Palmetto remained focused and prepared for this game.

“Practice really didn’t have any kind of difference because it’s Palmetto [vs.] Killian… you don’t need to have homecoming or anything else on it,” Palmetto boys’ varsity basketball coach Alex Ordoqui said. “The game always brings out the best in both teams.”

Going into the game, Ordoqui felt confident in his team.

“We just told them, obviously to try to play Palmetto basketball,” Ordoqui said. “We play a very exciting style… We’re probably the top scoring team in Miami-Dade County right now… So just to do our thing to share the ball, play defense…”

Throughout the entire game, the teams were neck-and-neck.

At halftime, Palmetto trailed by one point, with a score of 61 to 62. In the third quarter, the lead changed with each possession, but ended with Palmetto trailing by three points. Palmetto pulled through in the end, winning the game in a final score of 85 to 73.

“I think they showed a lot of resiliency, being able to handle going into the third quarter by three, and being able to win the game comfortably by 12,” Ordoqui said. “I thought some of our kids, especially like Warner Davis and Adam Cohen, hit big shots in the fourth quarter.”

Palmetto will face off against Ferguson High School on Feb. 12 in the District Championship.