Are Social Media Platforms Dying Because of TikTok? 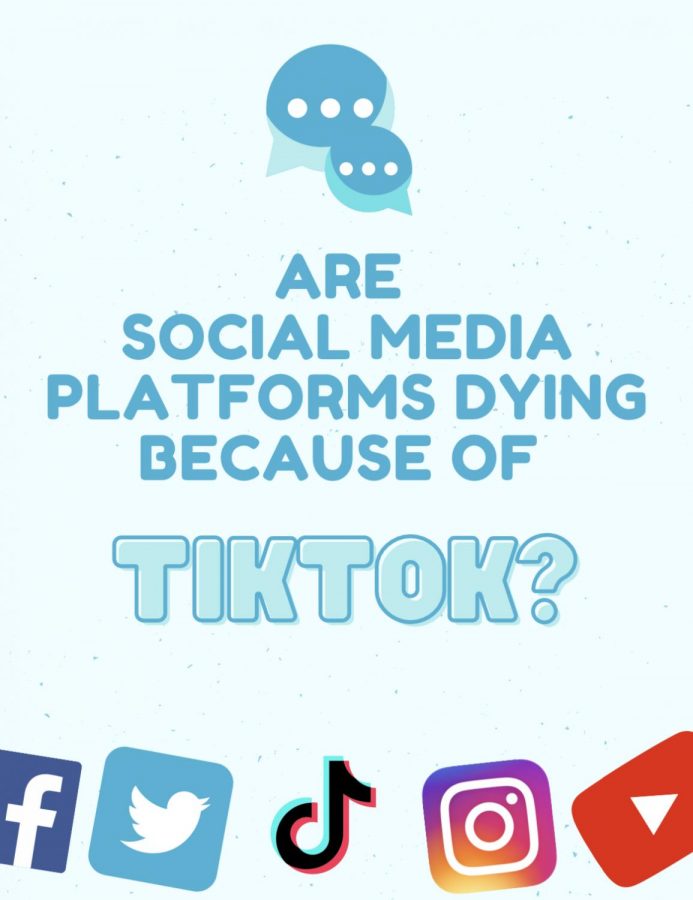 While many download the app out of boredom caused by quarantine or to follow trends, TikTok appeals to teenagers because of its versatility.

The app has different “sides” to it that one can access from their “For You” page. The TikTok algorithm gives you videos based on what you have previously liked and commented on. A variety of cooking, fashion, dancing, singing or comedy videos can come across your page.

Amongst many teenagers, TikTok has become their favorite social media as opposed to others like Instagram, Snapchat or Youtube. It has an addicting quality to it that can leave one scrolling for hours.

Youtubers especially have suffered from the popularity of TikTok because they receive less views per video. Youtuber’s video schedules typically require longer and more thorough planning because they require special lighting, filming, editing and posting. Compared to Youtubers, Tik Tok videos can go viral more easily because of the algorithm without as much planning and hours of editing. TikTok videos, unlike Youtube videos, are one minute max.

Some TikTokers do put in hours of editing with popular “transition” videos which cut from scene to scene in seamless camera movements along with many other creative editing trends. Sometimes others just post dancing videos and get millions of likes.

Youtubers have to put in more work for their videos to do well and they still do not receive as much attention. This has caused many popular creators to grow tired and leave the platform, like the popular Youtubers the Dolan Twins.

While TikTok contributes to more competition amongst social media apps, Instagram, Snapchat and Youtube will likely not disappear anytime soon and continue to have millions of users.