An Out of this World Overview into Space

Space has captivated the minds of man since prehistoric times, from the ancient Europeans and Mesopotamians who attributed the stars to gods to our trip to the moon in 1969. The defunding of NASA shows signs that America has lost interest in space despite the fact that no man has gone beyond the reaches of our moon.

This reality reflects a drastically different idea of what people at the height of the space race imagined the future would be like. The world we live in today bears no resemblance to Arthur Clarke’s 1968 novel 2001: A Space Odyssey, in which space travel to Saturn, artificial intelligence and colonies on the moon became a fact of everyday life – 15 years ago.

In light of these stark contrasts, the NASA budget in 2014 was $17.6 billion, only half a percent of the entire United States budget. This budget hangs within the shadows of 1966’s NASA budget of $43.5 billion when adjusted for inflation. The 40 percent decrease in funding reflects the attitude toward space as a long forgotten frontier.

“We should put more money into space programs like NASA because we are destroying Earth,” sophomore Alba Alonso said. “We either need to fix Earth, or find a new place to live.”

Interest in space over the last few months has revived through monumental breakthroughs like the high definition photographs of Pluto to the discovery of water on Mars.

Google has taken the mantle America left behind and announced a competition, offering $20 million to the first country to land on the moon and travel at least 500 meters on the surface. This resulted in SpaceIL, the nonprofit Israeli space organization, announcing that they plan to land on the moon before 2018.

While the United States government shows little interest in space, Buzz Aldrin, one of the first people to walk on the moon said that he wants to start a moon colony. The venture, a $10 billion expenditure, is affordable within NASA’s current budget.

The idea of a colony on the moon has interested the American military since 1959, when they planned to create a nuclear-powered fortress as a way of showing military dominance over the Soviet Union. This project, dubbed “Project Horizon,” argued that being second in building a space colony on the moon was unacceptable, given the political circumstances. A NASA study 56 years later shows that a colony could be a reality within the next seven years. 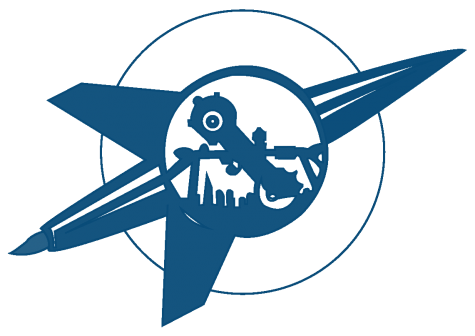 Plans for a lunar colony depend on man’s ability to mine the soil on the moon. Breathable oxygen comprises 42 percent of lunar soil, which makes prospects of a colony more plausible. A projected area for setting up a lunar base would be in the perpetually shadowed craters of the moon’s poles, a region brimming with water ice.

Concerns of surviving in space have always proven an important talking point in the discussion of space, but supporting someone on the lunar colony would be easier than supporting a person on the Earth. A person requires 2.64 gallons of water on Earth each day while only needing 0.43 gallons on the moon a 614 percent decrease per person. Coupled with new access to vast reserves of water ice on the moon’s poles presents a possibility for survival on the moon, which is only a three-day trip.

The soil on the moon would provide more than just a source of oxygen, but also rocket fuel and construction materials. The moon’s soil is also rich in iron, aluminum and silicon: important materials for building structures on the moon.

The presence of helium-3 in the moon’s soil, which is a variation of the element helium, along with solar power, would power the colony. This variant, an isotope and an element used in nuclear energy, could also power the colony, not dissimilarly from Project Horizon’s premise for energy consumption.

A moon base, while potentially self-sustaining, would benefit the Earth as well. The resources mined from the moon could possibly be taken back to Earth through an electromagnetic space gun known as a lunar mass driver. This tool would send materials at a speed of 1.5 miles per second, sending several payloads through tubes 600 feet long and roughly one and a half feet wide each second. The speed would allow the payloads to travel fast enough to break the moon’s gravity and make it back to Earth.

“This would open the door for more regular people to go into space,” freshman Abraham Manigo said. “I wouldn’t want to live there, though. There would only be so much to do there.”

With these plans possibly coming to fruition, the necessity to protect the payloads, as well as the colony and mining operations as a whole, present themselves at every corner. While these issues seem insignificant now, the looming threat of space warfare is growing. United States military officials warn against satellite warfare spearheaded by China.

China made efforts to develop space-weaponry through anti-satellite missiles. Their endeavors trace back to at least 2007, when their anti-satellite tests were successful but left behind space debris. Its 2015 counterpart does not leave any debris behind.

Targeting satellites threatens America financially in part because the construction, launching and maintaining of these satellites cost billions of taxpayer dollars. Their destruction effectively flushes money down the toilet.

Satellites provide worldwide communication and private services like satellite television and GPS. Their destruction threatens American enterprise as a whole, alongside its act of war.

This Cold War-esque scenario, wherein the two countries engage in proxy battles and indirect attacks can only go so far — either through prevention or escalation into war. Proposals to protect satellites range between installing sensor systems that can track the missiles and constructing defenses for the satellites against missiles.

Also, Russia’s increased involvement in the world stage has played a role in the country’s involvement in space. They also seek efforts to build anti-satellite missiles. 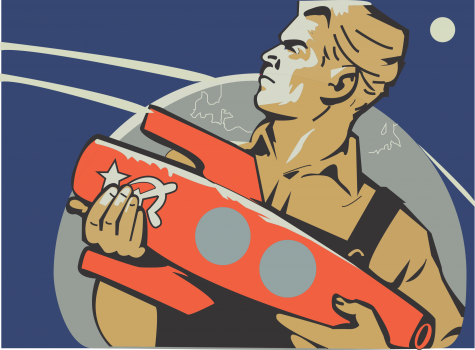 “Private enterprise isn’t something that countries like the United States should be responsible for,” senior John Murray said. “Private companies are fueled by capitalism, which drives efficiency, so they should be able to defend themselves if necessary.”

The discovery of water on Mars hangs far from the tendrils of potential warfare among China, the United States and Russia. Mars has always intrigued the American consciousness when looking to the stars. The idea that Mars may contain life has permeated within science fiction, between the works of Orson Welles’ War of the Worlds where invaders originated from Mars to the 1996 film Mars Attacks!

The idea of extraterrestrials as a whole, fascinates mankind, because it encapsulates the idea people’s heliocentric view of the universe stems from their own ideas of self-importance in the grand scheme of an uncaring universe. Such ideas were propagated by the Catholic Church through the Middle Ages with its idea of the universe placing Earth in the center with heaven several planes above and hell within its center. The work of Carl Sagan – a renowned astronomer – refuted such ideas and brought the idea of our own cosmic irrelevance to light when he claimed that the Earth was a small stage within the vast cosmic arena.

History Channel’s television show Ancient Aliens also delves into the potential existence of other life. The discovery of engravings depicting strange figures with helmets resembling space helmets led to the concept of God being an astronaut. That is to say that our perception of a creator actually stems from a more intelligent life form guiding early mankind into developing more advanced societies like Ancient Egypt. Skepticism generally greets these sorts of claims.

The idea of intelligent life, in contrast, does not seem as much of a stretch. Renowned astrophysicist Neil DeGrasse Tyson has argued in the past several years that statistically speaking, alien life could very well exist. These sorts of claims have led to exhaustive efforts on NASA’s part to find similar planets to Earth that could host life – intelligent or otherwise.

The discovery of water on Mars brings this search closer to home. Water signals the possibility of life because life on Earth similarly began in the sea. At the very least Mars during ancient times had lakes that existed for hundreds of thousands of years. This fact further bolsters the idea that life at the very least could have once existed on the planet.

American fascination with the red planet has resulted in the private enterprise known as Mars One. This not-for-profit organization seeks to establish a permanent settlement on Mars with the first group of colonists leaving in 2026 and subsequent groups leaving in intervals of 26 months. The colony then would be completed by 2027.

“I think it’s a good idea,” freshman Abraham Manigo said. “It certainly is an option for our survival in the future.”

NASA also has plans for the red planet. Their goal is to send a man to Mars by 2030. They have no current plans for a space colony but have provided estimates that maintaining such an institution would require $100 billion after an 18-year program. The space program also relies on technological advances for the capability of such travel. 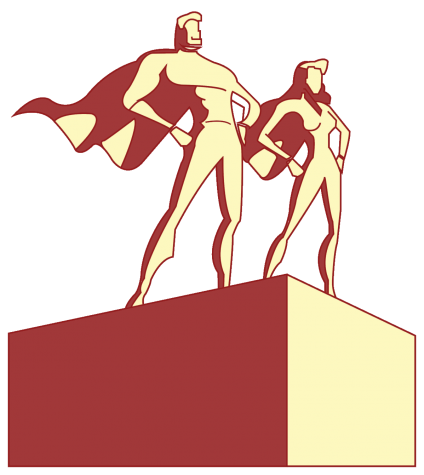 “Continued interest in permanent settlement in space means we are going to have to look into establishing more complex laws,” senior John Murray said. “Countries may be taking on larger roles than the ones they have assumed on Earth.”

The advancement of technology also allowed the United States to reach the ends of our solar system. The NASA space probe, New Horizons, has taken the first high definition photos of Pluto. The complicated relationship with history over its authenticity as a planet overshadowed the fact that we did not entirely know what it looked like. Our view of Pluto, while important for the dwarf planet, allows us to see what similar masses may look like. It was Pluto’s uniformity with other non-planets that removed it from the list of planets, after all.

The photos revealed several interesting things about Pluto. The heart-shaped image on its side captures a certain charm to the dwarf planet, but scientists are more fascinated with the blue haze that it emanates. With the blue haze brings the knowledge that water ice exists on the celestial mass.

The pictures also show the spherical shape of the dwarf planet. This shape shows possibility of a warmer climate and even a living ocean at some point throughout its existence. Pluto’s contemporary state of ice water and rocky mountains stands in contrast to such predictions, however that does not  discount them entirely.

“These pictures aren’t the beginning of our exploration, but they are definitely a factor that will push forward our exploration,” junior Michael Trainor said. “We are finding more about planets like Pluto than we ever have before.”

The future of space looks bright. With the possibility of deeper space exploration, scientists hope to learn more about  the vast nothingness of space surrounding us. Humanity’s persistence to learn more about these far-off space rocks raises questions of our place in the cosmos, as well as to wonder about other life-forms.