An Inside Look at Miami Treehouse Builders 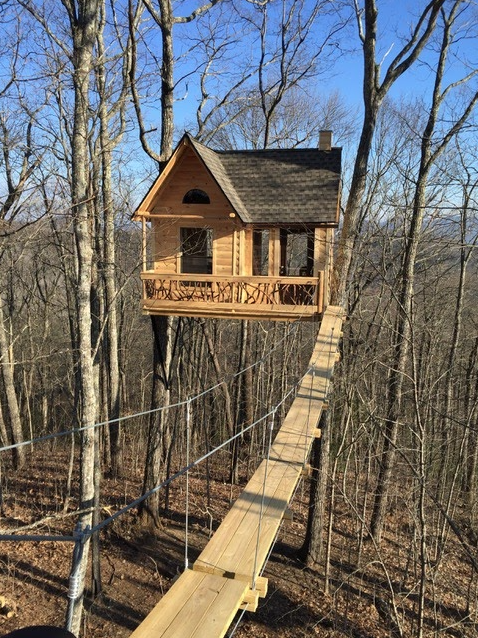 Treehouses evoke a certain childhood nostalgia; perhaps you wanted one, or maybe you had one, and it brings back fond memories of days spent playing outside. In any case, for those seeking a treehouse — or any structure attached to trees — Miami Treehouse Builders can help. Started by Johan van der Veen in 1999, it remains the only company in all of Miami that offers treehouse construction.

Van der Veen stumbled upon treehouse construction by accident, when he moved to Miami after living in the Netherlands and Bermuda.

“When I came to this country, I… was waiting on a work permit. I was working for friends to keep things up, and then one of my friends was like, ‘hey, could you build me a treehouse?,’” van der Veen said. “And I was like, ‘you’re crazy; you want me to put your kids eight feet up in the trees?’ … So he had his landscapers do it, but about a year later, it blew out pretty bad. So he called me again and was like, build me a treehouse, and I said alright. That was my first treehouse.”

After that, van der Veen continued building, but business did not really take off until 2013, when Animal Planet started airing the show Treehouse Masters.

“That’s when my phone started ringing off the hook with people… who wanted their own [treehouse] and they didn’t know where to get that in Miami,” van der Veen said. “I got one call and then two weeks later a second and a month after that a third call. That’s when we put the website up and started posting.”

About 90% of Miami Treehouse Builders’ clientele consists of parents seeking treehouses for their children; however, once the kids grow up, some parents transform the treehouses from play structures into offices or yoga studios, ensuring they get the most out of their purchase.

“It is a luxury item, but you’ll get at least 15 years of play out of that treehouse and then it has a second life,” van der Veen said. “It can even become a place where adults can hangout and have a glass of wine.”

Clients are not just limited to treehouses; van der Veen offers all kinds of arboreal fun, from ziplines and swings to climbing walls and rope bridges.

“We get a lot of combo projects, where people want a treehouse for their kids but also… want them to be active while they’re out there,” van der Veen said. “So we get a lot of requests for rock climbing walls — we can create those on the side of the treehouse — and ziplines, and also slides as an add-on. We also get oversized swings, all custom-made. If they have the opportunity, they may even want to do a swinging bridge to another platform. The sky is really the limit.”

Even a lack of trees is not a problem.

“We do offer a treeless unit, which we would just set on posts. It would be elevated and you’d still get that treehouse feel,” van der Veen said.

Treehouses could be considered van der Veen’s third career, as he already has an accounting degree and commercial pilot’s license. While he has no formal training, he has a knack for this kind of work, as well as the right background.

“When I was about six or seven, my parents bought a piece of land and my dad, who was a school teacher, decided he was going to build his own house,” van der Veen said. “So, as a kid, I grew up around construction… while I wasn’t cognizant, I was learning, I saw it day after day happening around me. It came naturally.”

In terms of long-term plans for the business, van der Veen, who currently employs two others to assist in building, just wants to see it continue operating, even after he retires.

“I would love for someone to learn what I know and take over. I want the company to grow enough that I can step back from it and let the company run,” van der Veen said. “But I’d love to keep some interest in it; it’s my baby.”

It is clear van der Veen has a passion for his work, and appreciates the permanence of what he does.

“I just enjoy standing back from something I created with my own two hands knowing that it’ll be there in 50, 100 years… knowing I’ve created something that will withstand time. I love what I do. It’s so much fun.”

Pricing varies depending on the size and complexity of the project, so make sure to reach out for a quote.