Thanksgiving Traditions Across the World 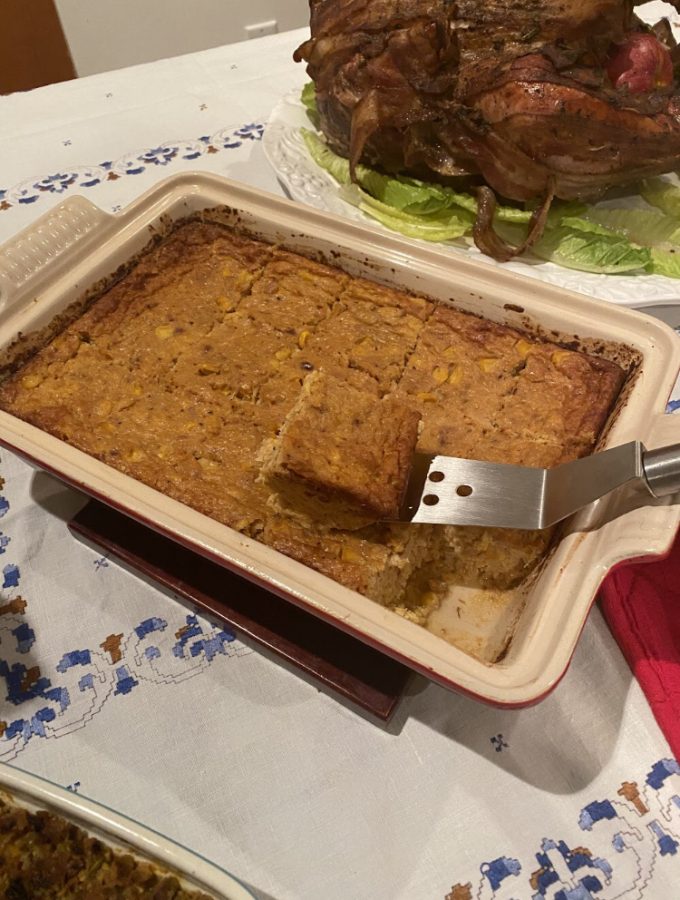 Although Thanksgiving stereotypically means a time to eat turkey and give thanks, many people in the U.S. utilize this time to celebrate their cultures as well. Whether an old family tradition or a twist on dinner from one’s country of origin, there are truly so many ways to celebrate Thanksgiving.

Miami Palmetto Senior High Senior Ella Sleeman’s family comes together each year to take a big family photo; last year, the neighborhood security guard played the role of photographer. Her mother, Jenna Sleeman, adorns their table with flowers and pumpkins to set the tone for the holiday. However, Sleeman notes that her family acknowledges the genocidal background of Thanksgiving, and instead of celebrating this aspect, chooses to acknowledge this American truth.

“…We don’t celebrate its background because it reminds us of the genocide of the natives and them losing their land. Instead, we make Thanksgiving a day about eating with the family,” Sleeman said.

In terms of connecting with family, part of Ella’s family hails from Canada, which has an entirely different Thanksgiving date.

“…Canadian Thanksgiving is in October, so we usually just call our family in Canada and talk to them and say we are thankful for them,” Sleeman said.

Senior Sofia Medina’s family meets at her Grandma’s house and they spend Thanksgiving laughing and dancing with each other. Additionally, her family  makes sure to incorporate their Hispanic and Caribbean roots into each Thanksgiving meal.

”Typically we have the classic Thanksgiving turkey and sides, but we always throw in a twist with Haitian, Honduran and Grenadian foods, like tamales and curried or jerk foods,” Medina said.

Other Palmetto students’ families blend their own culture with the typical Thanksgiving as well.

“Sometimes we make empanadas which is like popular in Bolivia,” Senior Alexis Lopez said. “…And we pray like we do before all the meals there.”

Aside from this, Lopez’s family enjoys a typical Thanksgiving, and relishes in seeing family that they do not get to see very often.

Senior Sofia Palacios’ family began celebrating Thanksgiving eight years ago when she moved from Guatemala to the United States.

“…Thanksgiving is not celebrated in Guatemala but we loved the concept and tradition,” Palacios said.

Her family spends the day cooking, watching the Macy’s Thanksgiving Day Parade, having an early dinner and then watching a Christmas movie.

Senior Jesse Weingarden’s family heavily endorses the traditions of both playing and watching football on Thanksgiving. In terms of foods, he states they enjoy typical Thanksgiving cuisine, with one exception.

“…my Bubby’s meatballs are to die for. And I can’t forget the sweet potatoes and marshmallows,” Weingarden said.

Other than this, Weingarden states he has a standard American view of Thanksgiving, and loves to acknowledge all the blessings in his life.

“I would say my view of Thanksgiving is pretty standard — enjoy time with friends and family because life is short and we should all be thankful for what we have,” Weingarden said.