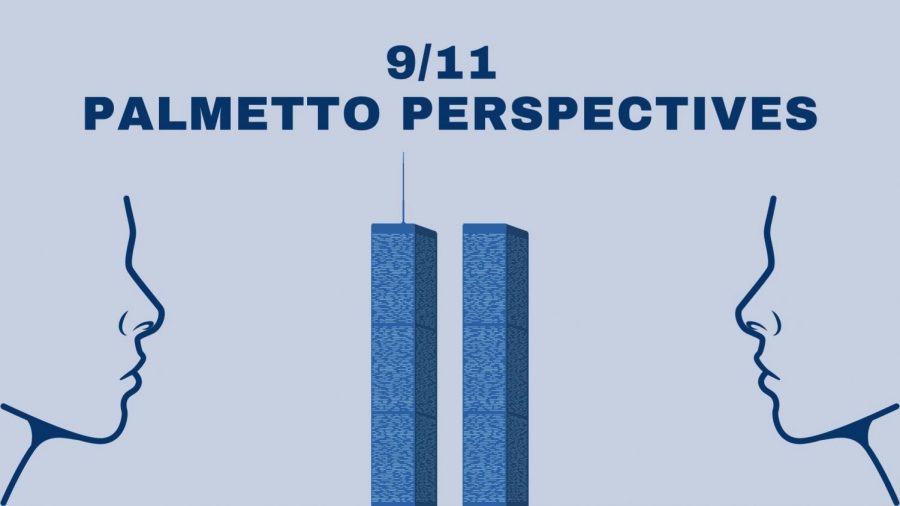 The attacks on Sept. 11, 2001 left the United States in a state of tragedy and uncertainty. 19 people from the terrorist organization Al-Qaeda hijacked a total of four airplanes, killing 2,977 Americans.

Two airplanes crashed into the North and South Towers of the World Trade Center, one crashed into the Pentagon and passengers on the fourth plane fought back and crashed their plane into an empty field in Pennsylvania.

Everyone who was alive during Sept. 11, 2001 has their own “9/11 story;” they remember exactly where, when and how they found out about the attacks. Everyone was affected, even those fortunate to have been far from the locations of the attacks.

On the morning of Sept. 11, Miami Palmetto Senior High Social Studies teacher Kenneth Spiegelman was at Miami International Airport on his way to Tampa for a business trip. Through the radio, he learned what was happening in New York City.

After Spiegelman spoke to his father on the phone, he decided it was best to leave. As he walked out of the airport, a voice on the PA announced that the airport would close as a result of the attacks.

Sept. 11 became the catalyst that changed air travel forever. For two days after the attack, North American airspace closed down and only civilian airplanes could fly. After that, airlines enforced new policies and security measures in an attempt to prevent another possible terrorist attack.

“I get stuck thinking about what the people who were in the tower and survived must have been going through. And the terrible choice they had to make is very difficult to watch…Everybody either knew somebody or knew somebody who knew somebody. It has just been 20 years, but the trauma is still very raw,” Spiegelman said.

Palmetto English and Language Arts Department Chairperson Andrea Spivak’s morning began like any other: planning during her first period and welcoming her second period AP English Literature and Composition class.

“It was at the start of second period when people in the hallway were chattering about something happening in New York City. Some people entered my classroom and asked if I had seen the news. At that time, I turned on the television and it was at that point when we were seeing the second plane fly into the building,” Spivak said.

Spivak and her students in room 100 soon learned of possible other targets in the United States, and a strong sense of uncertainty settled over the classroom.

Meanwhile, at the attendance office, a long line of parents waited to pick up their children from school early, fearing for their safety.

“I think about that day and I often think about how I could have done better in the classroom that day with those students who were watching such a horrifying video. At the time, despite being an English teacher, I really was at a loss for words…in fact, one student, I will always remember, said, ‘Ms. Spivak, I feel like I lost my innocence today,’” Spivak said.

After the attacks, the nation came together to mourn and heal after experiencing one of the first major terrorist attacks on U.S. soil.

“I had never seen such a high degree of patriotism before in my lifetime. People’s political views did not matter at the time; we came together as a nation. I remember that we were more patient, kind and empathetic,” Spivak said.

On the morning of Sept. 11, Palmetto English and Creative Writing teacher Reishma Seupersad was living in New York City but working from home due to her broken ankle. She learned about the attacks from the news on her television.

“I was on the Upper East Side so I did not see or hear anything in person, but as the day progressed, you could smell just like a caustic smell…it is difficult to describe, like an industrial burning smell,” Seupersad said.

The attacks on the World Trade Center directly affected New York in ways no one expected.

“I remember that everything went quiet, because they shut down the entire island when [the attacks] happened. There was no traffic on the streets. And that night, all you could hear were jet fighters patrolling,” Seupersad said.

In 2001, communication became difficult immediately after the attacks because everyone was calling at once to communicate with their loved ones. Many New Yorkers walked miles home from work on 9/11 because the subways did not feel safe.

“People were there to help in any way that they could. There were some people who could not make it back to their homes that day, so people opened their doors and let strangers stay with them. There are a lot of tourists in New York and that kind of stuff,” Seupersad said.

Following the attacks, New Yorkers’ daily lives and routines changed. A military presence became issued in the subways, holding machine guns as people went to and from work.

“Watching New York City rally was really important for me because I did not grow up in this country; I grew up in Trinidad, and I moved to New York for college, so it was my introduction to the United States…Everyone was sort of shell-shocked, but there was this determination that it was not going to stop New York from being New York,” Seupersad said.

Memorials surfaced all throughout the island, with many located downtown. Different schools, homes and families held ceremonies and reached out to one another.

“There was that rally that happened and that was a lovely thing to see, and it was nerve- wracking and it was really terrifying, but at the same time there was a lot of hope that came from that and the feeling that you weren’t alone, that the city would support each other,” Seupersad said.

Thousands of people in New York had family and friends working at the World Trade Center that day, including some of Seupersad’s old classmates. Although the trauma and shock of 9/11 created conflict between the United States and other foregin countries, fellow New Yorkers rose above and came together.

“Since I grew up outside of the United States,  I have always known that there was a certain level of animosity or resentment towards the United States and the privilege that the United States holds in the rest of the world. For me, the U.S. has always been about opportunity, pursuing dreams, diversity, and people being from all walks of life being able to exist together. That for me was reinforced after 9/11 in New York, because really New York is the place where people are from everywhere,” Seupersad said.