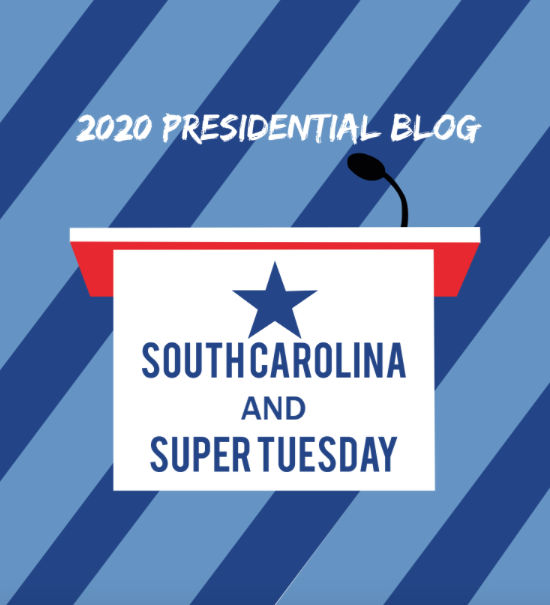 The South Carolina primary took place on Feb. 29, 2020. The primary held pivotal importance for the candidates, as it determined who would go into Super Tuesday fresh off  a win in a state with lots of demographic diversity.

Former Vice President Joe Biden won the primary, attracting 48.4% of the vote and winning 39 delegates. It was his first primary win, both of the 2020 election season and in his history of running for president. The win demonstrated his support among African American voters, as states like New Hampshire and Iowa that already voted had considerably less diverse voters.

Senator Bernie Sanders followed, with 19.9% of the vote and 15 delegates. This was a big loss for him, as he has not come so far from winning a primary since the election season started. In both New Hampshire and Nevada, he won, and in Iowa, he came in a very close second, too close to call for many days. Here, he trailed by close to 30%.

Billionaire Tom Steyer spent millions on South Carolina, working to attract the African American vote necessary to win the state, according to the New York Times. Unfortunately for him, however, he only earned 11.3% of the vote, trailing considerably behind Sanders and failing to earn a delegate. After this poor showing, Steyer suspended his campaign, but did not make any move to endorse the frontrunners.

And Then There Were Four

Former Mayor Pete Buttigieg demonstrated a similar poor showing in South Carolina, earning only 8.2% of the vote. As a result of this poor showing, he similarly suspended his campaign on Mar. 1. Unlike Steyer, however, he quickly endorsed Biden ahead of Super Tuesday. Buttigieg won the Iowa primary and showed a strong base of support in several states, which made his suspension a source of shock for many ahead of Super Tuesday.

Senator Amy Klobuchar also did not receive the necessary support in South Carolina: she, too, suspended her campaign in the wake of poor results. Klobuchar, a more moderate Democrat, endorsed Biden almost immediately after dropping out of the race.

This was all ahead of Super Tuesday, the biggest day of the primary race. Now, the only candidates with a plausible Democratic nomination left were Biden, Sanders, Senator Elizabeth Warren and former New York Mayor Michael Bloomberg.

These campaign suspensions and endorsements for Biden would play a major factor in Super Tuesday. According to RealClearPolitics, on Mar. 2, one day before Super Tuesday, national polling averages showed Sanders in the lead, with 28.5% of the vote, Biden at 20%, Bloomberg at 15% and Warren at 14%. However, these polls did not factor in Buttigieg and Klobuchar’s suspensions and endorsements.

14 states and 1,357 delegates. Super Tuesday holds the most delegates on any one day of the presidential primary season. Coming into it, the polls looked split. There was speculation that Sanders could win every state except Alabama. After Klobuchar dropped out in Minnesota, where she was the frontrunner, it looked like he had a chance there, too.

Bloomberg took a major hit on Super Tuesday. He poured close to $500 million into ads and campaigning. It was also the first time he was on any primary/caucus ballot. He failed to secure a win in any state, even though the polls showed him possibly winning multiple states previous to the weekend’s news. He suspended his campaign on Wednesday and endorsed Biden, promising to help him with ads and other financing.

Warren suffered a big loss as well. Her home state, Massachusetts, was up for grabs on Mar. 3. Not only did she lose, she came in third, behind Sanders and Biden. Warren had yet to win any primary, and she suspended her campaign on Mar. 5. She has not made any definitive move to endorse either Biden or Sanders.

While Biden looked primed to suffer some major hits on Super Tuesday only two days before it actually took place, he ended up winning a majority of the states. The polls showed him at 20% of the vote compared to Sanders’s 28.5% only one day before Super Tuesday. On Mar. 5, after a couple days of dramatic increase, Biden now holds 34.3% of national polling averages compared to Sanders’s 26.8%.

So, the question remains: who is the Democratic frontrunner? Fluctuations in polling averages show Biden as the frontrunner right now, but that could change. He also leads in delegates, but not by enough to eliminate Sanders from the race.

Two days made a large difference for Biden. They could do the same for Sanders in the future. However, with Steyer, Buttigieg, Klobuchar, Bloomberg and Warren out of the race, one thing is clear: it is now a two-man race between Biden and Sanders.