14 Days of Love Day 11: Red Flags to Avoid in an Abusive Relationship 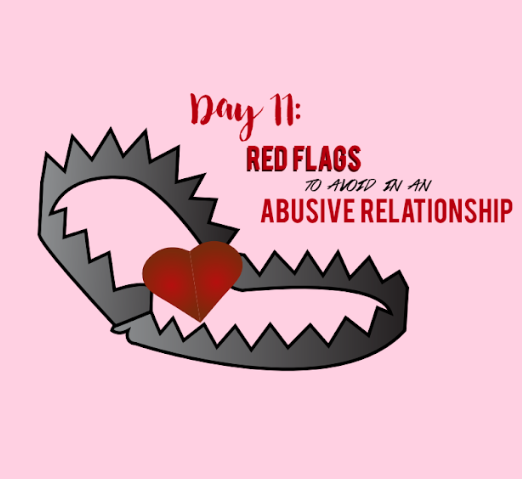 February is Teen Dating Violence Awareness Month (TDVAM), which seeks to bring awareness to adolescent abusive relationships. According to the 2016 National Survey on Teen Relationships and Intimate Violence, over 60% of adolescents who date said they have experienced physical, sexual or psychological abuse from a previous partner.

“It usually begins subtly. Some people believe that it is their own fault or that they deserve the abuse. Many people who are abused grew up in abusive households, and therefore, may not recognize it as unhealthy,” Palmetto parent and licensed psychologist Stacey B. Jones, Ph.D., P.A. said.

One in three teens in the U.S. will experience physical, sexual, or emotional abuse by someone they are in a relationship with before they become adults according to the National Domestic Violence Hotline.

According to Jones, the early signs that one can catch including:

Possessiveness: one’s partner may accuse you of being overly flirtatious or cheating, trying to keep you from your friends or family members, and acting extremely controlling.
Insults: they may try to degrade you by attacking your looks, brains, clothes or abilities.
Threats: they could threaten violence against you and those who surround you.
Physical Violence: they may perform violent acts without your consent.

“It is sometimes difficult to avoid getting involved in an abusive relationship,

especially when meeting someone for the first time. It is very important to

make sure that you are in a safe environment if you do not know the person,” Jones said. “Sometimes an abusive relationship is with someone that you already know and feel like you can trust.”

“We provide students student-initiated counseling, individual counseling. As per needed either student would come to see us or sometimes we’re told by a friend, sometimes by a parent. We don’t really have time to go into classrooms per se, but we also do have a couple of supportive clubs there’s HIP, and there’s also the psychology club,” Palmetto Counselor, Cheryl Concepcion said.

The Health Information Project, also known as HIP, is a student-oriented education program that seeks to inform incoming freshmen on health education.

“HIP is determined to ensure that every kid in the U.S. is healthy, both physically and emotionally,” HIP Advisor Joyce Brislawn said.

“As a club, our main focus is raising awareness about different mental health issues. There are so many topics like human trafficking and suicide prevention that need to be acknowledged more in our community, so we hope that our members take the time to reflect on these issues,” Psi Alpha president Gwyneth Williams said.

Through school-wide informational campaigns through posters and service projects, Psi Alpha hopes to spread its educational message farther than just its members.

“The best way to minimize the number of abusive relationships is to promote awareness! Having conversations about it, teaching about abuse in our schools, and encouraging parents to have discussions with their young teen,” Jones said.

If you are in a potentially abusive relationship it is important to talk to a trusted individual such as a school counselor, teacher,  parent, or to call the National Domestic Violence Hotline at 1-800-799-7233.